When Juggernauts Jackknife - Prepare for Change 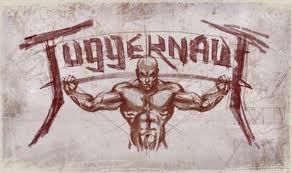 24th of June 2012 has long been anticipated by astrologers as being a time of potent and interest, due in most part to the jackknifing of two celestial juggernauts – Uranus and Pluto. These two planets have formed an exact square at an angle of 90 degrees to each other which can be compared to two heavy weight boxers entering the ring before the big fight. 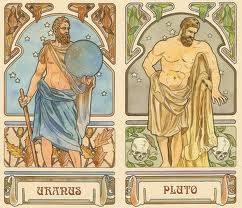 Around Friday 29th June the Sun enters the ring and may act as a referee to help maintain balance and fairness or it could just act as an agitator/heckler diverting all the attention temporarily – should be interesting. 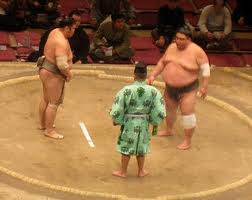 These two slow moving planets came close to this bout in 2011 but cried off, now there is more of a sense of urgency. The rematch will be a series of encounters, as a result of these big hitters retrograding and squaring off about seven times in the next four years. Uranus sniffs out stagnation and wants radical changes made and Pluto is after deep change and transformation as well. Seven rematches as they square off again and again trying to find inspiration, taking a risky chance and looking for the new angle in order to make a move that matters.
Break - breakout - breakthrough! 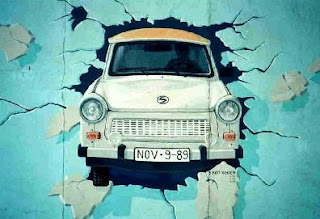 24th of June 2012, almost to the minute of the Uranus Pluto square, the Egyptian Election results were announced. Mohamed Mursi, representing Muslim Brotherhood, became the new President Elect winning 51.71% of the vote. 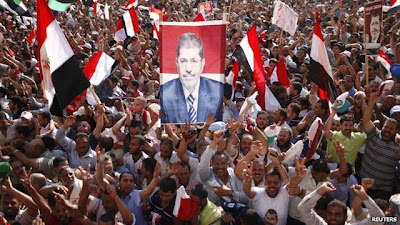 The Egyptian election was between the former Prime Minister Ahmed Shafiq and the Muslim Brotherhood's Mohamed Mursi. This is symbolized astrologically by the square of tension between Uranus in Aries the unpredictable, revolutionary, and ‘of the people’ versus Pluto in Capricorn representing the old guard, mature old school, the corporate established order. A democratic showdown and the winner on points is Mursi.
The Uranus Pluto showdown is not the only event on the bill – there is also a squaring off between Jupiter and Neptune. This triggers feelings of extreme hope, faith and massive expections. Neptune hypes up and Jupiter puffs up. Neptune registers illusions and Jupiter exaggerations. Neptune is all about faith and spirituality; Jupiter is all about religion, beliefs, morality and faith. Easy to see how the combination of the two can be a heady cocktail. This cocktail may pack one hell of a hangover as well. 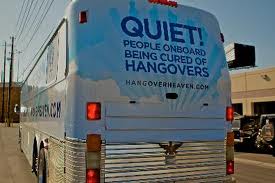 Mohamed Mursi’s birth chart, 20th August 1951, still speculative of course and birth time is unknown,  shows  that he was born when the skies had a very similar vibe going on. Namely a toe to toe opposition between Jupiter and Neptune.
Mursi also brings his natal Eris at 7 degrees of Aries to the party, throwing the Apple of Discord slap bang into the middle of the Uranus Pluto square (see our Eris posts…..). 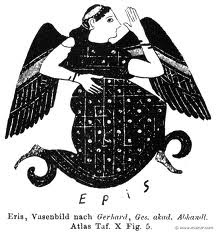 These astrological combinations with seven exact squares between Uranus and Pluto are, on paper, a recipe for change - sudden change perhaps, disruptive change and some headstrong violent struggles and clashes as a result of things not coming fast enough. It will be a challenging time with unexpected outcomes no doubt  as I am sure there is much more to come from the result of these elections in Egypt.
People wanting more control over the way they live their lives creating changes in the way their societies function.....lets prepare for change.


posted by pippa ponton & jphibbs
Posted by astrology wheel at 11:21