On 12th August 2012 the London Olympic flame was extinguished in a Games where 'Women’s bodies were desired and admired, not just or not at all for the height of their heels but the distance they jumped, how far they threw, how fast or how long they ran, rowed, sailed, lifted weights, cycled, wrestled or boxed' and sadly the next day, the 13th August 2012 a feminist flame also passed away. 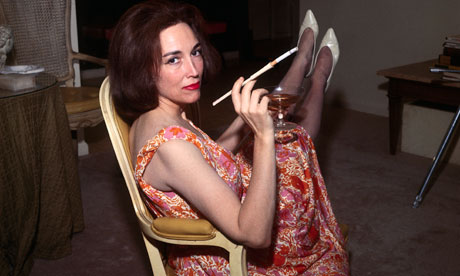 Helen Gurley Brown, editor of ‘Cosmopolitan’ and author most notably of ‘Sex and the Single Girl’ died aged 90 in Manhattan, NY. Helen was an icon of revolutionary feminist thinking in the 1960’s, her precise javelin words pierced old and out dated attitudes. Much as HBO’s stellar television series ‘Sex in The City' would reframe attitudes for and about women in the 1990’s, helping to define the urban, chic and independent women, Helen’s championing of female independence, with control over their reproductive process whilst at the same time being uber chic and desirable was revolutionary and ground-breaking.The original 'Carrie Bradshaw' and more with a iron fist in a velvet glove. 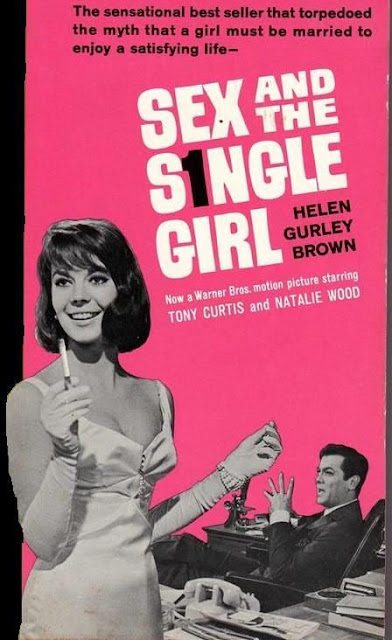 Dubbed the ‘Queen of lipstick feminism’ she embraced the idea of living her own way espousing what some found unacceptable values whilst maintaining the face of acceptable feminity. It may be unacceptable now for many of us to get to grips with the reality that in 1962 when Helen first appeared on television to publise her book she was  not allowed even to say the word “Sex”, so to get round this little difficulty (given it was in the books very title), she held the book up to the cameras. 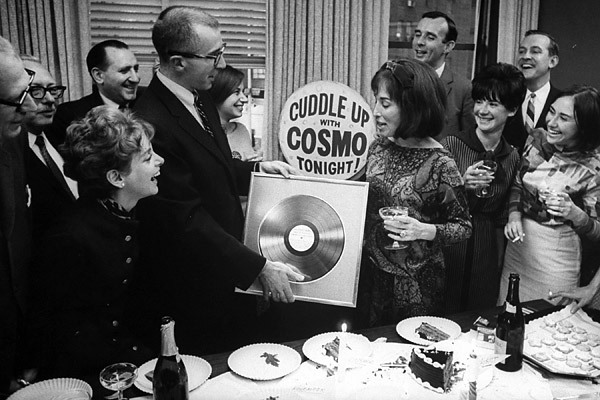 Astrologically Scorpio is the sign most tightly linked with the sexual process and sexual symbolism as too are its rulers, Mars and Pluto. The sexy astro zones are the 8th and 5th houses. Naturally and natally having a Moon in Scorpio as well as Mars will incline us to be highly inquisitive if not somewhat compulsed about the whole thing and produce an ongoing fascination. The Moon shows where we feel safe, what we need and how we feed and get fed, Mars is out-and-out drive “I want it, I hunt it”, so having these two planets hand in hand, shoulder to shoulder, in sexy Scorpio will reveal a giant-size greedy need that has to be satisfied. 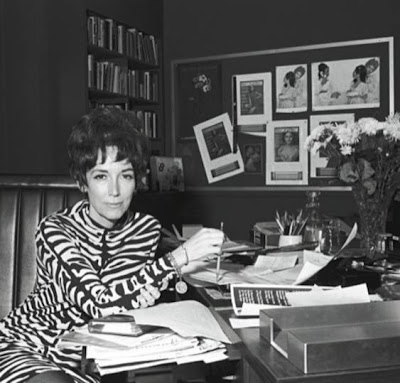 This Scorpionic combination is placed in her 11th zone of benefactors, rewards, and vision for the future. The 11th can also have a revolutionary zeal to it especially when connected to an ideal which embraces as many people as possible. This house does receive difficult conversations and tensions from other planets making sure these issues would never just “shhh!, calm down dear!” One of those planets is the chattering, talking-fest, information gathering and processing Mercury, so communicating about sex may well have released Gurley Brown's own inner tensions about it. 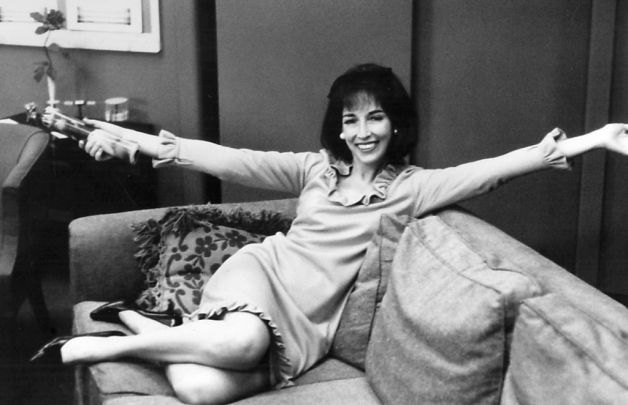 The revolutionary Aquarian theme of her Sun, her solar purpose, her centrality, is moving her onwards through her journey and is backed up and fed by her Mercury in Aquarius and Moon with Mars in the Aquarian 11th house. Her scope was humanitarian, her vision broad and encompassing, her reach universal. She was in every sense 'original'.


Aiding and abetting her Aquarian/Promethean urge to illuminate humankind was the King of the Gods – the planet Jupiter. Her Sagittarian Ascendant with its ruler Jupiter in the highest part of her chart in the zone of Status and Reputation beaming down its vision down to Mercury through a flowing aspect, a trine. She burnt with the fire of idealism she needed to broadcast, proselytize, publicize and shout from the rooftops ‘there is another way’. Having as she does, the Ruler of the 1st in the 10th provides the motor to literally ‘make a name for yourself’.

As with any ‘truth’ there are many versions and facets relative to perception and position. She drew criticism not only from the established order and polite society, but also from the alternative and more hard-core feminist thinkers of the day. Her balancing act between saying and doing unwomanly things whist also manipulating and pleasing male desire, saying to women ‘do your own thing but make sure you do it ‘right’ for men’ was judged to be a conflicting and disturbing message. 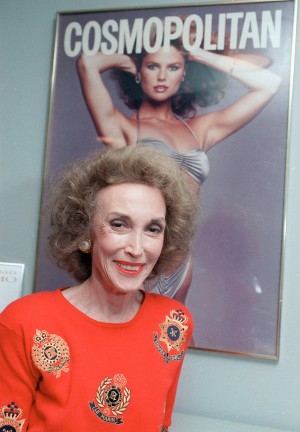 Lipstick feminism smacks to me of Venus at full pout. Lo and behold Helen’s Venus was placed in the ‘feminine’ sign of Pisces. Whilst researching this Venus sign it was noticeable that those women born with this placement were ‘slightly intimidating Divas’ and there is plenty of data to back that up from Barbara Streisand, Diana Ross to Victoria Beckham, all women highly successful and in control of vast fortunes and cutting a highly feminized stiletto heeled fantasy figure. Helen maintained this fashionable presence throughout her magazine and personal life. 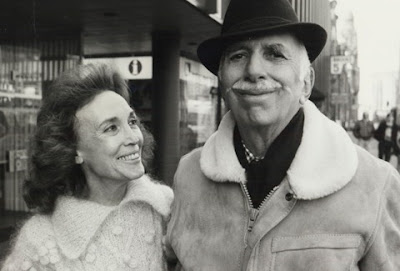 She married relative late, age 37, for the time and she and her husband led a bi-coastal marital life. The theme of duality was a recurrent one for her, famously saying “you can love two cities, and love two men”. Twoness is Gemininess, the sign of the twins, and Helen was used to her relationship zone ruled in Gemini ways. She found what worked for her and worked it.
Finally, on the day of her death, Pluto the Lord of the Underworld was in 8 degrees of Capricorn squared by Uranus at 8 degrees of Aries. This coincided with Helen's internal pattern with her natal Pluto at 8 degrees of Cancer, thus forming a Cardinal T-square. Pluto opposite Pluto, Pluto square Uranus, is an intense and challenging combination which can weaken or strengthen, either way a 'rebirth' is often the outcome.
From Little Rock to the Big Apple, she re-invented herself and a lot of other women in the process, for good or bad depending on your point-of-view, however she emphatically argued we have choices even when it appears we do not - now all we need do is choose.
credits: hearst corporation & cosmopolitan & nydaily news
posted by pippa ponton & jphibbs
Posted by astrology wheel at 19:52