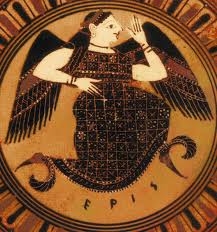 There has been plenty of discussion about Pluto losing star status and Vesta gaining some, as astronomers demoted and elevated these two celestial objects from planet to dwarf planet (Pluto) or from asteroid to planetoid (Vesta). All this seems very confusing to those of us just trying to get our heads around what this means astrologically.
With all the disruption we certainly know that Eris has entered the building.

Pluto has been redefined from the status of Planet to Dwarf Planet. How does this happen and who decides? Well, the vote involved just 424 astronomers, about 5% of the astronomy population. A word of warning though about dumping old Pluto back down into the Underworld and redefining his status, on what some astronomers see as a whim. The Underworld may be where Pluto prefers to hang out, in mythology he is Lord but just don’t force him down there, don’t make light of his power and never, ever, underrate him.
In fact the building energy between Pluto and Uranus at the moment, tension in the form of a square that will be exact on 24th June, 2012 and the first of seven! That will certainly be testament to just how powerful this ‘small’ planet can be. We should expect quite a bit of provocative and excitable revolutionary brouhaha to follow. It is true that controversy and ‘disorderly fuss’ can often end up appearing pointless and irrational but in the denouncement of German satirist Karl Kraus 'every little error could show the evils of the world and that great evils could be inherent in what can initially appear to be a small error'. 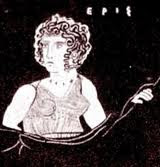 Lets see how does this effects Lady Gaga and Eris as we cannot leave those two in the wings on their own for very long. Lady Gaga, convent educated self-professed ‘Fame Monster’ or conversely, a role model and freedom fighter. She self proclaims ‘Today and every day we fight for freedom. We fight for justice. We beckon for compassion, understanding and above all we want full equality now’. Well she has been forced to cancel her sell out show in Indonesia as hardline Islamists and other outraged groups have suggested that she can corrupt the youth in their country with her dance moves. She would claim that she was ‘born this way’ but this has become a more serious issue. The concert has been on and off like proverbial Gaga’s draws in a costume change. There have also been threats of violence as a last ditch effort to force Gaga to re-route her tour and to get the message that she and her message are not welcome. This is causing Gaga to take realistic responsibility for her own safety and the safety of her audience and consequently she has had to cancel.

posted by pippa ponton & jphibbs
Posted by astrology wheel at 12:47