Living in the material world has never been more complicated. We have learnt to consume and discard. We have even done it in the space around our planet. Like a hoarder in their crammed home this 'space junk' could literally trap us as proposed by NASA scientist Donald Kessler, Kessler syndrome so we will urgently have to address the disposal of these potential problems.
Having lots of possessions signified power in the past but will this have to change now that they appear to have taken possession of us..
On 31st August 2012 the Moons Nodes will change sign. The north nodes move from Sagittarius to Scorpio and the south from Gemini to Taurus where they will stay until March 2014.

The North and South Nodes are positions in all our birth charts and if we think of them like points on a compass, there will always be a direction facing true North and one facing South. OK, so we pretty much know where we are - well almost.
These Lunar Nodes are not real objects but calculated positions based on the Earth's circular orbit around the Sun and the Moon's orbit around the Earth.These plotted paths are known as ecliptics and the basic principle is that where the two orbits cross paths is the location of two nodal points. The nodes are nearly always moving backwards through the signs and they move quite slowly changing signs about every year and a half. They are 180 degrees apart and in spirit level perfect balance with one another. 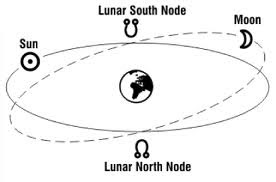 We all have a North and a South Node in our birth charts and in our psyches, just as we all have the stars in the sky by which we can navigate our way home or journey away. The ascending North node is called the Caput Draconis, the Dragons Head or Rahu in Indian Vedic astrology and the descending South is the Cauda Draconis, the Dragons Tail or Ketu in Vedic astrology. Traditional Vedic astrology has seen both nodes as being bad influences - 'malefic'. Early Western Astrology often saw the head as masculine and the tail as feminine, although William Lilly writes 'this is the constant opinion of the Ancients, but upon what reason grounded I know not'. This obviously accounts for some interpretations still seeing the head as 'reasonable' and therefore rational and controlled and the tail as 'unpredictable' instinctual, reactive or even neurotic.
By calculating the location of the North Node we can get very detailed information as to the path of our destiny and purpose. By looking at the South Node we learn about our store of past resources or genetics, some will say our past lifes or our literal past.
The North Node changing from Sagittarius to Scorpio and the South Node correspondingly move from Gemini to Taurus will also see a shift from the Mutable signs to the Fixed. This axis has to make an adjustment from moving adaptability to static immovability.
We will all feel this clamp and squeeze, especially those of us with planets in Taurus and Scorpio or both. Both of these signs are concerned with resources, what we own and what we share, and as the nodes pass through these signs these issues are going to be drawn into the spotlight much more, both personally and globally.
The US Presidential election campaigns are becoming fighting forums based on two different ideologies of greed and consumption (Scorpio/Taurus). The Democrats have espoused the concept of an alternative American Dream that would provide a new sense of purpose for the nation not based on consumption and acquisition but on social changes and the fact that it is global economic change that forced their hand to develop new ways of being in the world - adapt or die (Scorpio north node). Romney also wants to trim down  by proposing the largest spending cuts in history.
The North node will guide us to what we should be doing and Scorpio wants to purge, cleanse, reform and transform. Scorpio wants to feel, it wants to know, it wants intimacy but it still wants control and it's after power. As it moves through a personal or country’s birth chart it will bring surprise packages with regards to shared resources and finances, and whatever it touchs with it's incisive power will undergo a crisis or a release, a healing or transformation.

President Obama has shown support for the 'green' ticket a Scorpio/Taurus mix and  Romney has based his policies on fossil fuel and a 'drill baby drill' attitude which is a mixture of Scorpio/Taurus. The nodal axis is appearing to be thrown from one candidate to the other and from one ideology to the other in a sea-saw action, at the moment.

Taurus is the South Node and the South Node is all about keeping things the same, holding onto the past and standing firm. Actually this also sounds pretty much like a Taurean desire. This south node/Taurus combination sounds like a marriage made in heaven….well yes and no. It will make the comfortable more cosy, which unfortunately means the likihood of allowing change and dislodging us from the path of least resistance becoming quite a challenge. The Scorpio North Node will keep prodding though, it has a fixed focus and wont be budged, but it has changes and ‘no pain no gain’ on its mind. The Scorpio North Node will laugh in the face of danger and say ‘well you can’t make an omelette without breaking eggs!’..hmm Taurus wants the omlette for sure but it also wants the eggs……
This week 'The Economist' reported that one family in ten in the US use a storage facility. Demand for storage units keeps growing escalated by both the need for temporary arrangements whilst moving for work and consuming goods which won't go away such as plastic toys and garden furniture. This is very Taurus, but an equal problem could be seen as the Scorpio end of it - waste disposal, what to do with it and where to put it.
This dilemma, a Scorpio North Node vs a Taurus South Node is familiar energy in my own chart….oh dear, complacent Taurus voice right there. I have found that it is about getting the balance right between the periods of peace where I can rest, gather, build and grow, against the periods of total and absolute chaos, churning through the crisis and gut-wrenching change that I have instigated, sometimes just for the sheer Hell of it. This sea-saw may an emerging pattern for us all until 2014. Plus there is the tug of war between the amount of material/physical matter that may be ‘collected’ (Sun Spotlights Hoarding) and the regular moments of total shedding where not even the kitchen sink or, in my case, children’s birth certificates and passports are safe (still sorry about that kids). This 'baby-bathwater' style of re-cycling will also be highlighted and you may find yourself swinging from accumulation to release in quite dramatic ways.
We all have Scorpio and Taurus in our charts and they have command over a specific zone or ‘house’ for all of us. As the dragon (moons nodes) journeys through this zones the flavours and symbolism of that sign and house position will be ‘where’ all the action takes place. Over this next year and half, watch the changes here, notice what is leaving and what you rigidly try to keep a tight hold on. Basically all that we like to control within the boundaries of Taurus and Scorpio in our charts will come into play.
This has got to reflect on what we eat and how what we get to eat. In the US two-thirds of adults are considered obese while in France they have passed laws to prevent thinness with over 40,000 anorexics and the high profile death of model Isabelle Caro at 28. Israel also has passed law against the use of unweight models. 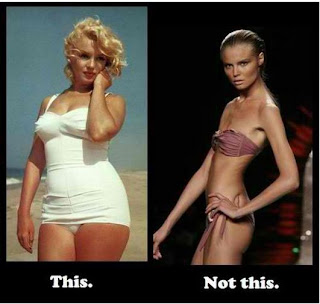 Worldwide obesity has doubled since 1980, according to the World Health Organisation with 65% of the worlds population living in countries where obesity and overweight kills more people than underweight. Food will be been doing a strange balancing act on the Scorpio/Taurus beam because we could be in the hidden grey lands of consumerism and addiction.
The ‘arrival’ of a Node in our personal chart house positions, whether through a transit, progression or direction, brings a burst of energy. Relevant to its sign and house, the node can literally seem as if it rushes in from ‘outside’, it may not look that its time there is that long lasting but its effects can be. Astrology can really help us ‘lookout’ for those key times by logging this nodal sweep through the signs.
As the nodal axis moves out of Sagittarius and Gemini where it has been for the last year or so, we will consider using the knowledge gained to affect the deep seated changes and healing we have planned or envisioned while the Nodes were occupied with the Archer and the Twins. Remember both Sagittarius and Gemini love to hoover up all sorts of ideas and information. With the axis now moving to the Scorpion and the Bull maybe we can really get down to the grinding grist and molten core of these changes and how do we implement them...

Email ThisBlogThis!Share to TwitterShare to FacebookShare to Pinterest
Labels: Nodes