Saturn in Scorpio is driven to push on through past limits. It grits its teeth, commits and goes to the very edges of its capacity. Life or death, now or never, one thing is for sure turning back is not on the list of options. Looking back through recent times when Saturn pushed through Scorpio it is noticeable that one of the limits being pushed was speed.
Previously held speed records are often broken with Saturn in Scorpio. Interestingly, many scorpions live in desert areas and many of these speed records were also broken in, on or over deserts.
Sixty years ago with Saturn in Scorpio, on May 24th 1954 the first rocket to reach 158 miles altitude was launched in White Sands, New Mexico.
Chuck E Yeager flew 'Glamorous Glennis', the Bell-X1, taking her through the sound barrier twice, reaching Mach 2.44, over the Mojave Desert on 12th December 1953 again with Saturn in Scorpio.
Even when not actually in a desert but in Wales U.K, on September 25 1924, Malcolm Cambell's first landspeed record was recorded on Pendine Sands, near Carmarthen Bay, Wales also with Saturn was in Scorpio.
Now in 2012 over New Mexico's desert shrub, 'Fearless Felix' Baumgartner's Leap Of Faith broke more than a few records. He flew through the air at Mach 1, faster than the speed of sound reaching 833.9 miles per hour. Mars is speeding around in Sagittarius as it does in Felix's natal chart. (Mars in Sagittarius - International Horse Power). On the 14th October with Saturn barely a week into Scorpio, millions of people held their breath as they watched Felix live over the internet, as he took a massive leap.
As the ballon which was carrying his pod stopped high in the stratosphere, the door slid open. After a heart stopping moments, Felix stepped onto a platform the size of a skateboard, hovering over 120,000 feet above the Earth with absolutely no safety net, harness or ropes to tether or reassure him, he quite literally jumped off and said that he was 'coming home'. Felix sky dived down to earth in free fall risking the very blood in his veins boiling, he touched the earth's surface in Roswell, New Mexico safely. Upon touching home Felix fell to his knees in relief and obvious gratitude. Baumgartner has wanted to break American Joe Kittinger’s 52 year old record for the highest free-fall.

Joe Kittinger at 84 years of age was experiencing his Uranus return and Uranus is often linked to aviation. Kittinger's natal Uranus at 7 degrees Aries has been brought into high focus as it is exactly caught in the Uranus/Pluto Cardinal square. (Uranus vs Pluto) Uranus is also retrograde which suggests a redoing, a going back over a re-wind as this whole experience must have been for Joe Kittinger who must have relived every second.
Kittinger talked Felix through all his pre-jump checks live and just as Felix prepared to jump Joe said 'Our Guardian Angel will take care of you'.


In California on 13th/14th October 2012, 75 tons of Shuttle Endeavour trundled through the streets of Los Angeles, the city of angels, rather like a well loved 'fallen angel'. 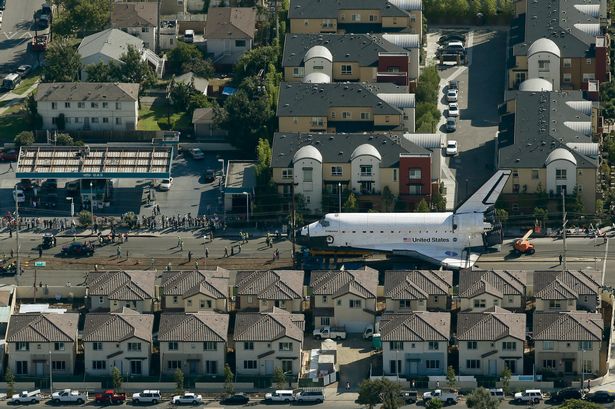 The Endeavour began its 12-mile journey from Los Angeles international airport on Friday 12th October and is due to end up at the California Science Center the journey has been held up by trees. The Endeavour entered service in 1992 and made 25 trips and circled the globe 4,700 times and is an 'icon of human kind' well used to travelling at 17,500 miles an hour. As the shuttle was coming to rest Felix Baumgartner was jumping to earth on his own volition and starting a new phase in near space exploration. 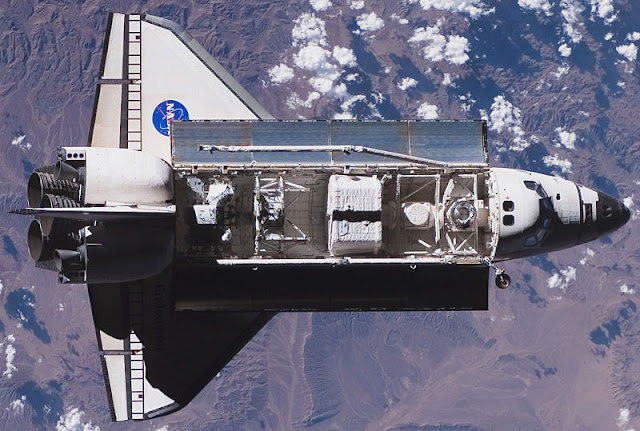 posted by pippa ponton & jphibbs
Posted by astrology wheel at 00:40