The world is waiting to see who will be the next President of the United States of America. The polls are all predicting a close run race and there is a tight margin separating the two candidates. The candidates are neck and neck, eyeball to eyeball and toe to toe. The negative campaigning has been a raw, tooth by jowl, teeth bared and buried in each other’s necks, affair at times. All the professional forecasters and pollsters are in agreement though that this race is still too close to call.
What is astrology forecasting saying or is that also too close for ‘the stars’ to call. As in any lively, organic and multi-voiced debate, opinions have really varied. At the New Orleans United Astrology Conference (UAC) in May 2012, astrologers went for a narrow victory for President Obama as reported in USA Today. This is hotly debated and there have been increasing astrological voices deciding the result will actually go Romney’s way. Who is your money on? 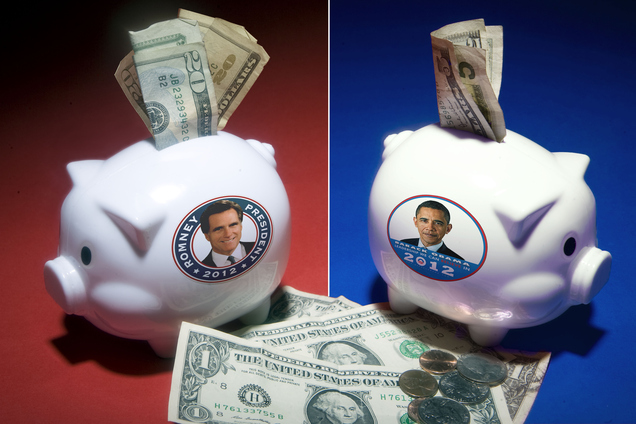 We are going to cut out any astrology complications today by putting one astrological method to the test using the principle of keeping it simple, short and sweet. We are going to see astrology working at this fundamental level. Of course the techniques employed can be elevated and can take on a lot more sophistication, astrology can display far more subtleties, colours and textures but the basic method, in theory, should deliver the main sign posts. We will obviously have to avoid the contentious muddle over accuracy of birth data which would effect the outcome if true. Also the important fact is that Mercury will station, going retrograde on the day of the election results, the 6th November, 2012. The last time Mercury was retrograde on Election Day was the 7th November, 2000 that meant a Florida recount of votes and finally a Supreme Court decision to finalise George W Bush as the winner. Nevertheless, we will still use just the whole sign house system, the outer planet transits and the position of the progressed Sun for each candidate. There is also a brief nod towards the total eclipse of the Sun effect. 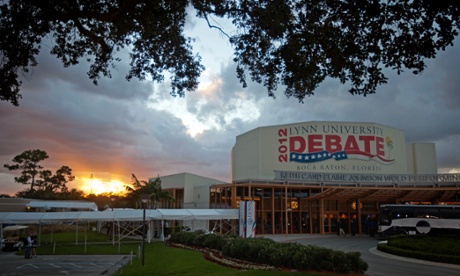 Lets start with Saturn, the hard worker, the planet of ‘tuff it out’, just 'scrub in and get on with it'. Currently it is prowling through the dark corridors of Scorpio, churning up debris from the base line and bringing it in for further forensic work. Make no bones about it, this Saturn really means business.
Here is Barack Obama's birth chart using The Whole Sign House system

Barack Obama - His Saturn, planet of Hard Work is in his 10th house of Status, Authority & Reputation. It is at the most elevated section of his chart and will take a few years yet before it starts to descend. He is at the height of his power and at the pinnacle of his career during this time. Saturn is all about authority and here it is in the most visible part of Obama's chart. We see him working hard, we see him struggle with the real problems and we see him grimly determined. This will increase his possibility of winning.


Saturn is also quincunx his Moon. Obama is being seen as having to work hard in his position of authority (Saturn in 10th) and also adjusting (quincunx) to the people ‘folks’ (Moon). His first debate showed him as too aloof and hesitant but since then he has struggled to rectify and realign the public opinion. On a personal level of course the moon is Obama's home and family and this must be thrown into having to do a total
re-adjustment to the needs of the election and the crisis posed by super storm Sandy.

Mitt Romney - His Saturn, planet of Hard Work is in his 6th house of Working Conditions, Health and Service to others. Whilst on the ascent it will take a few yet before it climbs into a more visible and obvious section of his chart. Those couple of years mean more time at the coal face, more graft and with less obvious rewards. That decreases his possibility of winning. His Saturn is about to quincunx his North Node so his hard
work at the coal face, Saturn in 6th, will mean he will adjust how communicates and thinks in the future, he may have a rethink about his true destiny (North Node in Gemini). On a more personal level his health may have taken the brunt of his punishing election schedule.

Uranus next. Currently it is zapping and charging up President Obama’s 3rd house of Communications, Short journeys and Neighbourhood. Over this election period Obama's Uranus is not making any major aspects. He will simply feel it as a hectic whirlwind of increased communications and travel schedules. There was the possibility of shocking and upsetting news stories being brought to ‘his doorstep’ and this upset, no doubt relates to super storm Sandy and all its tragic repercussions.
Uranus is currently charging up Romney’s 11th house of Rewards, Associates and Helpers. It will be felt as surprising and sudden gifts in the form of financial donations or help from an endless variety of sources. Friends and supporters will give him energy in all its forms. Uranus is making a trine aspect to his North Node and this will feel like a whirlwind of adrenaline pumping up his belief in his destiny, as if receiving a lightning bolt jolt of energy. He and his supporters must feel as if he is in the right place at the right time. 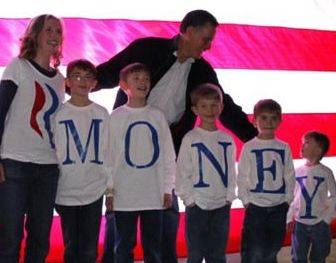 Now for Pluto. He who shall be obeyed, the Dark Lord, Mr Power Hungry himself. Pluto is in Capricorn and demands that we conform to his laws. He could behave much like the shark in the film ‘Jaws’ menacingly moving through the water, suddenly seen then unseen, revealing just enough of himself to arouse a heightened panicky emotion.


For Obama the shark is circling his 12th house of Subconscious processes, Alone time and Spiritual solace. Planets in this zone of a birth chart are barely visible, the Pluto shark is swimming in the deepest of deepest oceans. This is also the part of our chart that symbolises the deepest, darkest corridors of power. Pluto is currently coming up to trine Obama's own personal Pluto which is a positive experience and quite a relief.


For Romney the shark of Pluto is circling his 8th house of Other people's resources, Crisis and Transformation. This Pluto shark is swimming in icy waters and it's power can be brutally raw and acutely devastating.

We possibly need some relief from that intensity. For an out and out celebration and party time signs and banners, we need look no further than Mr Joyful Excess himself, Jupiter. Currently Jupiter's party trick consists of walking backwards whilst juggling and all the while dispensing leaflets, vuvuzelas, noise-makers  and paper hats - Jupiter is currently retrograde in Gemini.

For Obama it is one big party right now as Jupiter flips though his 5th house of Fun, Fans and Creativity. What is more we are all invited to the celebrations, since on the day of the election, Jupiter forms a sextile aspect to Obama's Sun in the 7th zone of The Public. Personally he will feel as if his whole being has expanded with sheer joy and happiness.


For Romney Jupiter is puffing up his 1st zone of Personal Style, First Impressions and Personal Space. He will appear hopeful, optimistic and expansive, if not rather arrogant and superior. On the day of the election Jupiter will form a tough square aspect to his Mercury in the 10th zone of Reputation & Authority. If Mercury is all about his thoughts and communications then his thoughts are about his reputation and authority and they appear to take quite a dark turn.


All in all then using these basic factors it looks like Barack Obama and the Democrats will be the ones rejoicing and Mitt Romney and the Republicans having to engage in a hard re-think.
Finally a word on the two candidates Progressed Sun’s, which tells us about the path their inner personal journeys will take. For Romney it is an earthy, solid Taurus. For him these years are about building, sustaining, providing and securing. He will want to be consolidating and grafting from the bottom up, slowly and determinedly working towards his goals. His Progressed Sun is passing through his 12th house of Subconscious Processes, Alone Time and Spiritual belief so this time is also when he can be sustained, as well as build on, his deep faith and private prayers. The next sign post along his progressed Sun's path is a powerful opposition to his Moon in a couple of years time across his service axis. So some sort of a turning point then, involving his faith and service to mankind and to his own God.
For President Obama, his Progressed Sun just newly entered a 30 year cycle in the air sign of Libra. For him these years are a time of balancing, fairness, judgment, harmony, popularity and strategy. It is passing through his 9th house of Internationalism, Morality, Publicity and Wisdom. A time when he can broadcast his opinions, receive international fame and get his message across to the world. The next sign post along this road is a sextile to his Mercury. This is a time of opportunity and ease, doors will open and new ideas and people will flood in and since this Mercury is in his 7th house of The Public then it is likely that we too will be more connected and informed and have more access to the presidency. 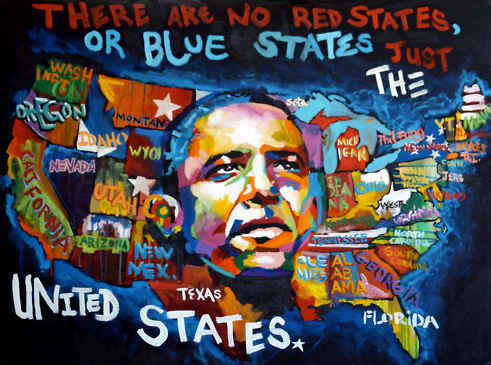 Of course we can always resort to the 'Redskins Rule'
Or the oddly accurate 7/11 Rule.
There is always the bizarre Halloween mask poll to take note of.
Family Circle equally bizarre 1st Lady Cookie-Bake off poll (Bill Clinton was 1st 'male' 1st Lady in Democratic primary)
Astrology's final word. The up and coming Total Eclipse of the Sun on the 13th November 2012, so slightly after the election date, is going to be fascinating since the Eclipse will affect the following six months. For Mr Romney it falls in his 6th zone of Daily Routine and Schedules so all of his attention will be drawn to sorting out and dealing with the massive changes to the day to day running of his life, as well as for those who have worked for him. For President Obama it lights up his zone of Status & Reputation. The next six months for him will have focus on his authority and ambitions with immediate attention being turned to his professional role. (Scorpio Solar Eclipse - The Path of Totality)

Using the astrological criteria as stated it looks like a tightly-run presidential race all right and one which still appears to end up with Barack Obama being elected once more as President of the United States of America.

posted by pippa ponton & jphibbs
Posted by astrology wheel at 15:52