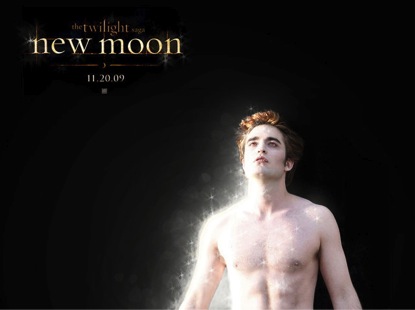 Here in the UK, we saw the first TV broadcast of ‘New Moon’, the second film taken from the Twilight series of books by Stephanie Meyer. Actor Robert Pattinson plays Edward Cullen a vampire. Robert Pattinson is Sun sign Taurus but his Venus is in the sign of Gemini and Gemini is exactly where much of the astrological action occurs in the next few weeks. Venus is in Gemini at the moment and appears to be going backwards. Venus is retrograde and astrology has much to say about this occurrence. Also on the 20th May 2012 there is a New Moon only this time it is part of a Solar Eclipse. This New Moon/Solar Eclipse falls at zero degrees Gemini. Makes me wonder whether someone in the halls of power of the TV station has astrological information. Either that or it is pure coincidence or at least synchronicity.
Gemini ‘busy-ness’ includes communications, transportation, gadgets, networks, the media, ideas, duality, twins, chatter, what’s in and what’s out, what’s on and what’s off. This period of celestial chess play in Gemini will involve all of these issues.
A Solar Eclipse conjures up all sorts of scary things, all manner of strangeness. During a solar eclipse 'it all goes dark' when it should be light. 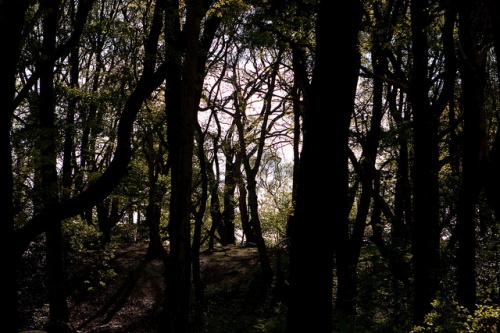 It goes dark and strangely quiet, subdued, introverted but at the same time the winds pick up speed. It is somewhat spooky and I speak from experience. I once looked up at the sky in broad daylight during a total eclipse and everything did go a strange sort of dark and then everything became even more weird and the world felt oddly wobbly (my Sun Sign is in Moon ruled Cancer). I was watching it with a huge crowd of other ‘advanced civilised beings'. In other words, just random inhabitants of my city, 'normal' people going about their everyday business who were compulsed to stop for a moment to watch. When the sun came back into view there was a huge spontaneous round of applause, we were alive. Intellectually we all knew the Sun hadn’t died or been eaten by the Moon but some part of us was mightily relieved when it did show up again. 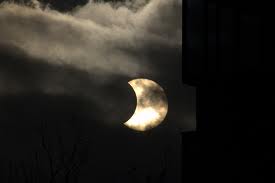 “during these dark eclipses… animals that generally sleep at night will actually go to sleep.  Birds roost, and other animals curl up to sleep.  Nocturnal animals begin to wake up and move around.  Since the darkest part of an eclipse doesn't last for even a half hour, when it's over, the daytime animals wake up and the nocturnal animals try to go back to sleep. They are all very confused.  Another interesting effect of these dark eclipses is the presence of "shadow bands."  The sighting of shadow bands is relatively rare...they are not always spotted during an eclipse, but if you ever see them, you won't forget them. They resemble clear, dark grey strips of crepe paper lined up row after row with about the same amount of open space between the strips as the strips are wide.  When the event begins, they appear to simply be lying on the ground….they appear to move toward you, undulating over the ground, following the contours of the ground that they appear to move over.  It can be a rather frightening experience, even if you know what is happening.  Your body has its own idea of what is "right," and strips of ground crawling toward you are not acceptable...even if your mind says it's OK. Your body may want to run and hide, anyway. And...along the path may experience monochromatic (one color) light....if the light is green, each blade of grass seems to stand out in 3-D… in green light, red turns to the grey scale.  Red clothing looks black or dark grey.  People's skin looks greyish, too....that can be rather unnerving.” Quote from Escambia Amateur Astronomers' Association.
Modern astrologers are quick to point out that we have moved on in our consciousness and advanced from the Ancients and their assumptions. Science, they say, has enlightened civilisation so eclipses won’t be so dire, ‘we’ wont be so badly effected, the Nile won’t flood right?  True, in part we have, in many respects, advanced. We have also in many respects got a grip on our physical universe with a technology based evidence. However, don’t get too carried away, consider for a minute what we don't know. Consider what we haven’t mapped, whether it is in the Mariana Trench, in deep dark Universe Space, in the recesses of our brains or in our unchartered dreams. 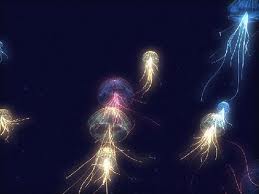 The oldest part of our brains our ‘reptilian brain’ buried deep in our heads still functions. For instance, our last line of self-defense when pushed to the edge, is immobilisation. In the jaws of a predator some creatures 'play dead' hoping the attacker will lose interest. This ancient, dark, hidden, part of us can be stirred and awakened to varying degrees at different times and in different situations, fear being one of the most acute.
A Solar Eclipse could be another such time when our deep fears and urges could be automatically activated. If only for a brief moment, this brief moment could have big effects. This could be the start of a chain of events so let us try to get involved. Drive the engine of the train, guide it and don’t let it go off the rails. 'Tune in and Think' about what we may want at this time. What new ideas can we let take hold? What is the picture on the seed packet we are about to pick up and sow? The chances are in 6 months time we will see the results. There may be a whole array to choose from, many choices and they all look inviting. Take your time to think about the unique consequences of each option – look very carefully at the picture and ask yourself is this what I want it to look like in 6 months time. 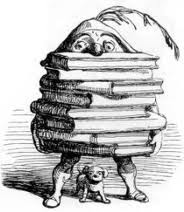 Where we have the early degrees of Gemini in our birth chart is where we will most register this eclipse energy. Any planets here will pick up on it. If your radio is not tuned into 0 degrees Gemini chances are you will miss it amongst all the other static and competing chatter.
You won’t get away it that easily, however, as Gemini is always one of the 12 zones or ‘houses’ of your chart. For instance, Gemini could be in your 8th zone of Transformation, if so you may experience some strangeness around what you share with others, you could be shunted into rethinking your ideas about intimacy. Or do you have Gemini in your 2nd zone of money, if so there may be some temporary weirdness around your bank balance. Wherever it is you may experience a wake up call, shunting you into action or a quiet stillness or subduing, making you withdraw, for a while, like Edward Cullen does in ‘New Moon’. 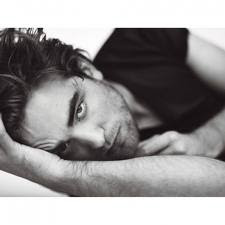 In myth, a vampire can appear unpredictable in its patterns of behavior. They are portrayed as complicated, intelligent and a little cunning, all descriptions of Gemini energy. The Gemini part of our chart, triggered at this time of the eclipse, is where we could turn atavistic, dealing with traits embedded deep in our DNA, behavior’s from which we hoped to have evolved.
Lets clear the shelves and air the closets or weird stuff may fall out of the wardrobe. Or you could just try some garlic…
Whatever happens be extra kind to yourself this day, and be aware that if you are feeling weird and wobbly chances are so is the person next to you, you are not alone. One of the best things to do on the 20th May 2012, is to take a few minutes, settle into yourself and think about what you want to achieve in the next six  months. Read your seed packet carefully before planting.
My 11th zone of Future Plans, Friends and Networks is set off by this eclipse so I’m off to take another look at my own forecasts and friends remember that I could turn very weird indeed.
posted by pippa ponton & jphibbs

Posted by astrology wheel at 19:35