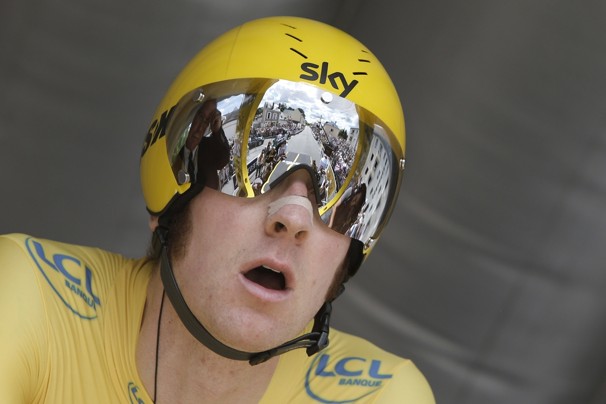 Bradley Wiggins, Le Gentleman Wiggins - icon, role model, outspoken and out in front in the Tour de France through the streets of Paris.
Wiggins is a self proclaimed Mod selling his own range of clothes for Fred Perry and  sporting heroic sideburns. Described as a very 'rock n'roll' cyclist with 'off-beat humour' and a 'off-the wall look'. 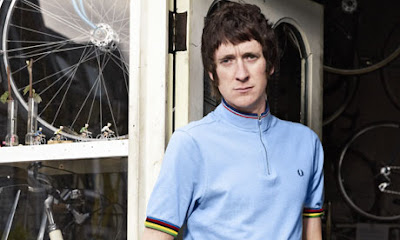 His attitude, look and clothes has an altogether more fantastic meaning on the 22nd July 2012 through the streets of Paris. Bradley Wiggins is wearing the 'yellow jersey'/ the 'maillot jaune' - the winners jersey.

Bradley Wiggins has won The Tour de France rushing down the Champs Elisee on the 21st stage of the tour ending with the first British rider to ever win. 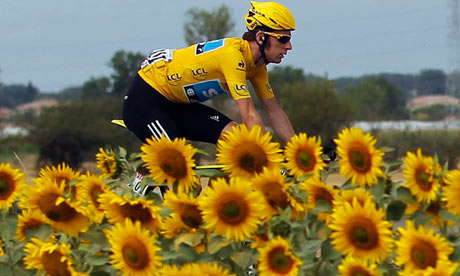 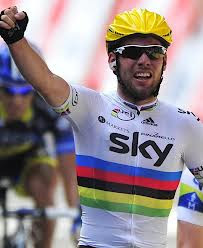 In true Venus in Aries form Mark Cavendish, from the Isle of Man is the 1st man to win four sprint stage on the Champs de Elysee. The Fastest Man on Two Wheels, The World Sprint Champion, led the whole peloton to end the 2012 Tour de France. Keeping the British flag high but also the Gemini flag flying he has his Mars in Gemini - 'Speed Geek'. 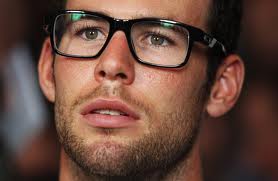 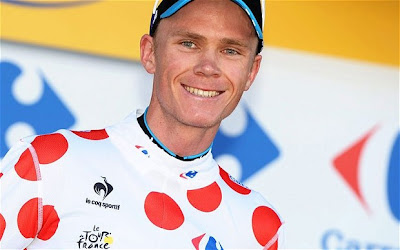 Chris Froome who came 2nd Overall in the Tour de France 2012, just behind Bradley Wiggins also contributes to the Gemini total with his Moon, Mars and Chiron all in that sign. Froome, suggested by many as a future 'Tour' winner had been a loyal member of the Sky cycling team supporting Wiggins, especially through the race but reportedly getting a bit frustrated occasionally. Being part of team Sky meant working together but his individual expression was occasionally thwarted. Gemini is a mutable sign and Gemini energy will adapt to its surroundings which can often mean a little confusion and sometimes 'being in two minds'.


Froome's girlfriend, Michelle Cound, got herself involved in a minor Twitter WAG's war defending her boyfriend's position with Bradley Wiggins wife, Kath, reported as joining in and then Peta Todd, partner of Cavendish also giving it a go - this use of the social media illustrates the Gemini symbolism in a 'war of words'.
The commercial success of bike business as a result of these high profile UK champions will be incredible. Already Chain Reaction Cycles and Wiggle two very visible cycling outlets are beneficiaries of the incredible rise in popularity of cycling in the UK over the last few years. They also have huge online communities - the very heartbeat of the Gemini spirit..community and communication and now cycles. It can only get better with the London Olympics getting closer......
Bradley Wiggins musical hero Morrissey has his Sun in Gemini.


Astrology Update - On the 7th/8th November 2012 it has been reported both Bradley Wiggins and head coach for GB cyling team Shane Sutton were knocked off their bikes by motorists within 24 hours of one another. Transiting, travelling Mars in Sagittarius formed a square to Bradley Wiggin natal Saturn producing
an outside impact and speed - transit from Mars,
forming a difficult aspect - a square,
to Bradley himself - his natal Saturn, which symbolises bones.
His Saturn also forms an adjusting aspect, a quincunx, to his Mercury in Aries, symbolises wheels and roads.


It appears that he has thankfully had a 'speedy recovery  and that he initially complained about pain to his ribs. Team Sky has confirmed that Wiggins has suffered bruising to his lung and his body with a fractured rib and dislocated finger. He has also recovered from a minor injury to his head, staying in hospital overnight for observation.
Cycling campaigners may have lost a little heart as they obviously wanted to see more people getting involved in cycling. Cycling seemed to be trying to capitalise on the British triumphs at the Tour de France and Team GB's Cycling Teams triumphs at the London Olympics and not the fact that now some people may be literally scared off their bikes by careless motorists. Bradley Wiggins won the 2012 London Olympics time trial Gold Medal.
credits: brad shirt & fred perry cycling & wiggins son & the guardian & the times & astrotheme
posted by pippa ponton & jphibbs

Posted by astrology wheel at 17:58