Action For An Ideal World
Mars has been in Virgo for these past few months, since the 11th of November 2011, to be exactingly Virgoan about it. Mars usually spends about six weeks in each sign but it has been over seven and half months with Virgo. Hard Work or Hard at Work - how has it been for you?
Every few years Mars retrogrades and this time, it had to go over and over things in Virgo. This has been quite a hard work-out for Mars but he does like a challenge, after all. About three months going over things, well hopefully all this effort will result in important transformations for us. 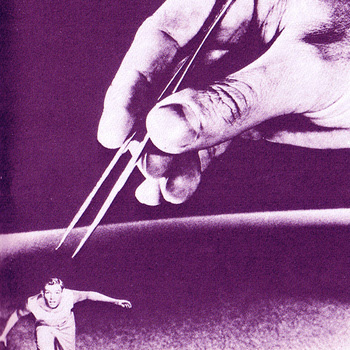 Mars has had an extended stay in the Earthy wheat fields of Virgo then but he hasn’t exactly been idling it has been hard at work – and I expect, so have you. He has been gathering, sorting, refining and categorizing stuff for you. Getting things ‘just so’ and striving for perfection all this time driving you on to IMPROVE –‘go on you can do better’ he urges, making you do things over and over until you get them 'right' - or get more labels and storage boxes - or get more particular.

He has been making you sit and do your sums, checking your homework and cleaning your kit so that you are fit for purpose and making sure you don’t rush out without your keys/mobile/notes/picnic - no maybe not the picnic - but supplies of one sort or another - I  wonder if those stationary stores have done good business. How many pens have you bought, for example?
Now Mars in his Virgo suit of armour is ready. Now Mars in his chain mail of paperclips doesn't need any more tiny paper-cuts. Now Mars in his Virgo role is confident that the job has been done well. Now Mars as an adventurer is setting his sights on an all-together different target. Have you had good days at the office? Time to stretch your legs and open your mind to possibilities and expand into the realm of infinite possibilities.

From the 3rd July 2012 Mars moves through the cool breezes of 'Libra Land' occasionally resting on pastel fluffy clouds and taking in the Air. Mars is thinking while he is up there, be assured his energy is being put to good use. He is busy working out plans and strategies, forging and tempering his metal with a steely intellect, as sharp and cutting as any other perfectly grafted tool. What are we going to do with those pens. What are we going to write about now?
While Mars is here he may get some of his best ideas, as Libra is an air sign and functions brilliantly with the intellect and utilizes calculating rationale as its weapons, all expertly hidden behind smiles, charm, and sweet diplomacy. 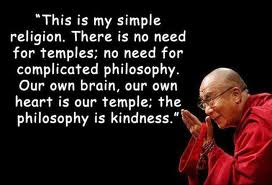 Expert social skills coupled with masterly strategy are a potent foe and these are in the toolbox which Mars will be carrying with him until 24th August 2012.
Whether it is in astrology, sociology or psychology the terrains of ideas and idealism will supply plenty of opportunity for battle and the showing of skill and talent that Mars craves.
Mars prefers to flex his muscles by movement, he wants to run, jump and charge. He wants to express his aliveness through pushing through, initiating and carving out fresh paths. Sure he has been busy in Virgo, but to be honest he has begun to feel a bit housebound and stagnant, spending so long as he has recently, lingering in the one sign for nearly 8 months.
Now he is chomping at the bit to race onwards, and race onwards he does, he may feel he has done his time and now he wants ‘me time’. Except the new country he is about to explore is Libra the sign of partnerships, mergers, deals, co-operation and compromise  - “what” shouts Mars, “where is the fight the grit the sweat, toil and muscle? How can I pit myself against someone who so easily appears to comply, disarms and charms?
Where is the sport in that?” Ha - don’t be fooled ‘matey’ Mars, don’t be fooled. Libra has it’s sights as firmly fixed on winning the prize as you, only the techniques and tactics will have to change. In other word you will have to ‘box cleaver’. Brute force meets the velvet glove, a really winning combination. Think about it, plan it then action it - pioneer new territory.
Don’t worry Mars you will fully face your challenges and for these weeks the weapons in your tool kit will be super-sharp, super tactical and super-duper-disarmingly sweet and full of expression.

Everyone will have this shift of Mars moving through Libra, we will notice and take note to varying degrees the different skills and techniques which will work best when we want or need to express our drive and self-assertion. We can now develop what it may take to thrust and take off, to try and to love what we find we can do.


Kirsten Dunst Mars in 7th house
The house which has Libra on the front door will be the one where much of the activity will take place. If there are any planets which are programmed to pick up the Cardinal degrees (any planets in Aries, Cancer, Libra, Capricorn) they may experience the coming breezes as a bit more of a squall.
Me? I have a 4th house Libran front door, and this house is all about, among other things, Home & Family, umm is that my family I see in the distance running for the hills...

Posted by astrology wheel at 16:01