Mars In Scorpio - What Lies Beneath

Mars is coming home, on 24th August 2012, the warrior planet enters the watery zone of Scorpio. 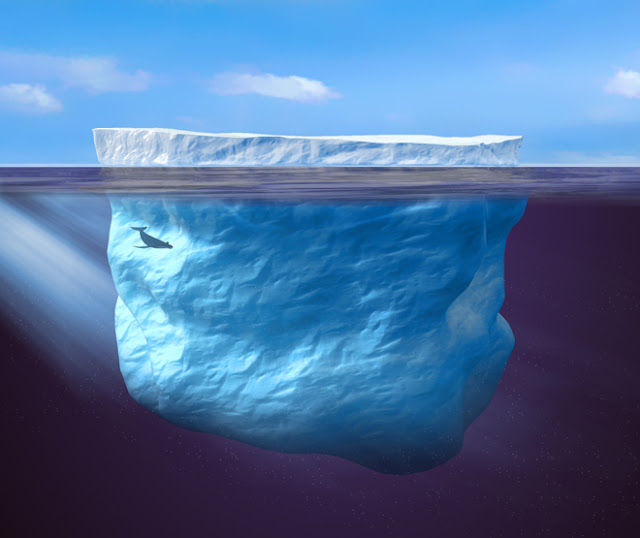 But scorpions commonly live in deserts, how does that connect with water? Well aside from the fact that astrological symbolism can appear oblique, after all Sagittarius has the mythical centaur as its symbol and there is Capricorn the sea-goat, there is some actual science in the explanation of scorpions and water.
Scorpio is a ‘fixed’ sign, precious little can budge Scorpio's until ‘they’ decide, and they will fixate and obsess endlessly, anyway. No surprise then that their emblem, the scorpion, has itself been reluctant to change. It seems scorpions are anatomically the same creature now as they were over 350 million years ago - now that really shows a dedication to fixity even Taurus the Bull would envy!

Fixed for millennia Scorpio is solid water and solid water is "ice, ice baby!" An iceberg will always pack a hidden surprise, the majority of its being is unseen, hidden in the water. 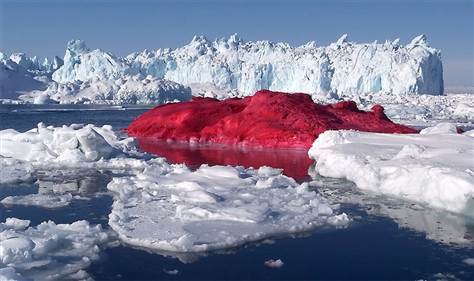 Astrologically as well as being fixed Scorpio does have a reputation for being intense and extreme.


Comic Actress Miranda Hart Venus & Mars in Scorpio
It don’t get this reputation for nothing, as anyone who has touched lives with Scorpionic energy, will testify.  Scorpions have not exactly adapted quickly to their environment, preferring ‘the environment’ to adapt to them. Having said that there does seem to be one glaring shift in their anatomy, and it happen earlier than 350 million years ago – they once had gills and gills mean that you are water breathing.
They have indeed adapted from water to hot sands – you have got to call that adaptation quite extreme! They used to be water loving and hanging out in the bottom of the seas but those seas dried up over time - a long time. Now things start to click into place, ah yes, scorpions do resemble other marine creatures, such as lobsters and crabs. 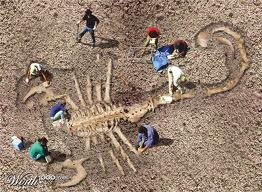 Emotionally and psychologically Scorpios share many qualities with the other two water signs Cancer and Pisces. Scorpios also swim in the currents of a deep and intense emotional life, they also possess a powerful intuition and are super sensitive.
They have the ability to tune in to other people’s psyches and apply a barcode like scan which searches and seers into, what seems like, other peoples very D.N.A.
So what of Mars’s travel’s through Scorpionic territory? Scorpions fight fiercely, they fight to the death, and that is just the sort of challenge Mars lives for, a real tail-to-tail battle fought in the hot desert sands or in the courtroom.
Mars from the 4th to the 23rd August 2012 had a running sprint through Libra (Mars In Libra Land) Mars's time there took in the London Olympic Games, a time of fair physical challenges and abiding by socially accepted rules, fairness and codes of play. It was a time when many countries from around the globe, co-operated and strove in harmony to achieve their best. Also the NASA landed its Curiosity Rover on the surface of the planet Mars itself on 6th August 2012, a feat of intellectual precision, engineering capabilities and co-operation, Libra is an mental Cardinal Air sign and 'Curiosity's activities have been communicated throughout the process.
After the 23rd August 2012 though, the Rover will be digging deeper into the desert landscape of Mars, in order to maybe find traces of water and life. The Mojave desert was once a shallow sea with evidence of many marine fossils Mars may hide a similar secret.
Just as the scorpion’s tail contains a formidable power, so too does the Curiosity Rover, it’s armory will bore and blast into the rocks, it will pierce the surface veil and penetrate Mars’s veins deeper than ever before.Human veins and arteries have blood coursing through them and both blood and the colour red are Mars symbols.
Mars Curiosity will no doubt be searching for water veins and frozen lakes on the red planet. 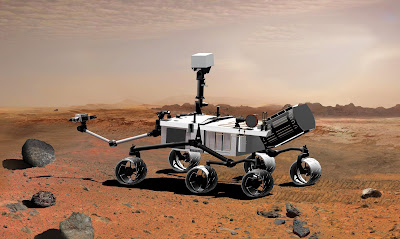 Aside from robots in space and creatures under rocks, for us humans on Earth the journey of Mars through the sign of Scorpio will increase our levels of intensity.

We will more inclined to penetrate and piece what seems hidden, we may punch above our weight yet strike a mighty blow. Our willingness to stare down grim and difficult topics, to go toe-to-toe, head-to-head and tail-to-tail, will surge to higher levels.
During it’s time in Scorpio, this Mars with all its deadly weapons concealed, meets up with the revolutionary rebellious ‘youngster’ Uranus in Aries, and insists it make’s adjustments. Uranus will be called to make a shift, which could stir up trouble. Soon after that Mars then hooks into the planet Pluto, God of the Underworld. Some say Pluto is the astrological ruler of criminals and those who carry immense power and wealth. Pluto in the sign of corporate, traditional and business minded Capricorn gets a step up, a helping hand, from Mars, in the form of a sextile aspect. Sextile’s bring opportunities, chances and room for change, it remains to be seen whether the help offered weighs in on the side of revolution or on the side of the establishment.

One thing does seem likely though: they will meet head on, tail-to-tail. 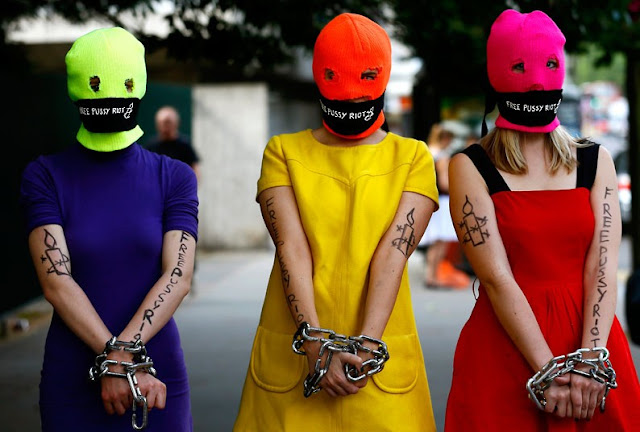 At the time of writing there does already seem to be some potential hot spots on the horizon with a lot more under the surface:
Pussy Riot imprisonment in Russia for blasphemy and protests and demonstrations around the world in support of them and against a violation of human rights.

The on-going crisis in Syria 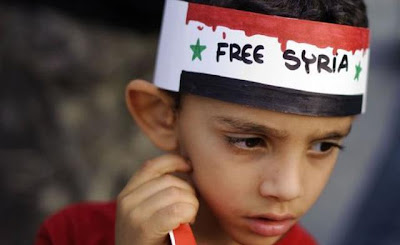 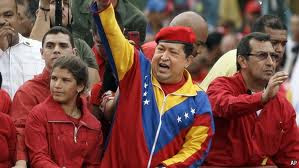 Julian Assange extradition and rape allegations against him. 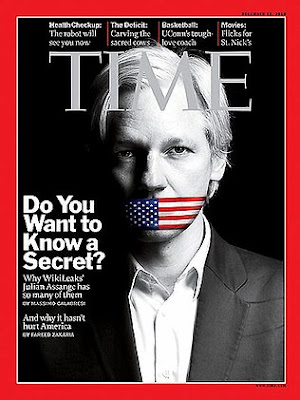 Greece and the Eurozone 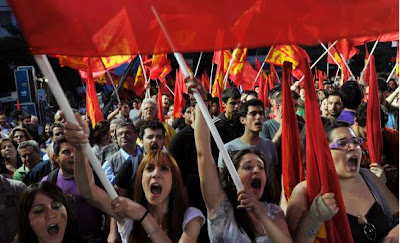 Tensions between The Muslim Brotherhood and Egypts military leaders 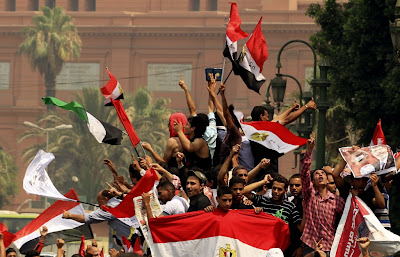 It is also the time of the run-up to the US presidential elections the actual results of which will be seen when Mars travels into Sagittarius, which will wield its own set of morals and ethical codes and swords of truth whether absolute or relative and what lies in store beneath the 'sorting hat'. 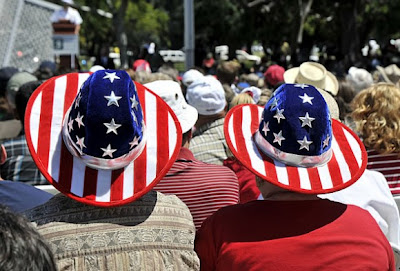 Email ThisBlogThis!Share to TwitterShare to FacebookShare to Pinterest
Labels: Scorpio