96 Echoes From The Past - Hillsborough 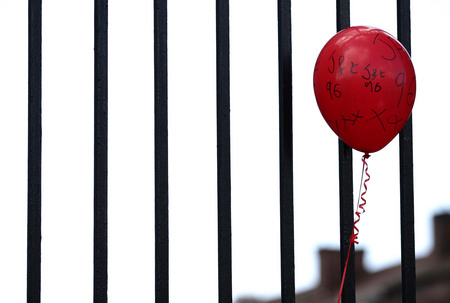 Today 12th September 2012, at 12.30 pm London, Prime Minister David Cameron revealed some of the more startling findings from the Hillsborough Independent Report. The Report is a result of gathering information for over 2 years on the deaths of 96 people, all Liverpool football fans, who were caught in the disaster at Hillsborough Football Stadium, Sheffield, England on the afternoon of April 15 1989 and lost their lives. 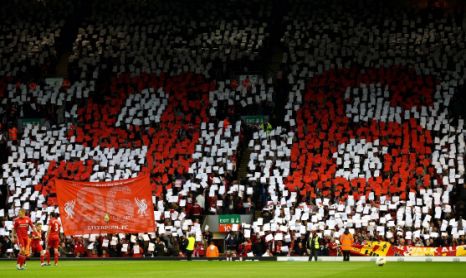 The report reveals systemic cover-ups, falsification of information, and operational wrong doings with the safety of the fans being 'compromised at every level'. One of the most controversial factors that came to light with leaked papers to the BBC was that 'There was a briefing note to the prime minister at the time, Margaret Thatcher, days after the disaster. In the note, an unnamed senior police officer wrongly blamed drunken Liverpool fans for the disaster'. The actions of the Conservative Government of the day, as a result, has come back to haunt the current conservative Cameron coalition government. 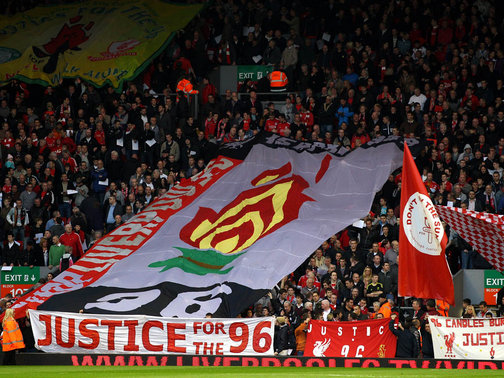 There has been a massive cover-up by many branches of the British establishment at the time and today the lid was blown off sky high. People wanted the truth, they wanted answers and would not 'go let it go' after over twenty years. Astrologically this is occurring under the Cardinal square between Uranus vs Pluto.
Jupiter was in Gemini at the time of the disaster, when members of the establishment used the press to issue false statements and erroneous reports - Jupiter in Gemini now with more than 400,000 documents have been archived and are all open to view on-line. 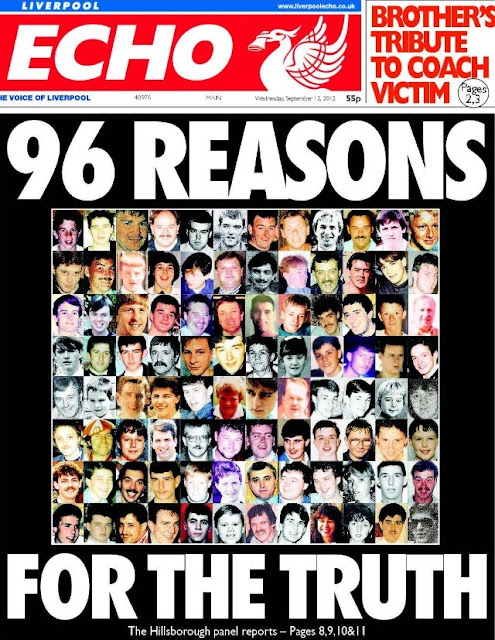 On 15th April 1989 those 96 Liverpool fans along with many others went to Hillsborough to watch the FA Cup Semi Final but those 96 died as a result of a horrific disaster. On that day South Yorkshire Police failed the victims and their families because they simply lost control. It was also the immediate actions taken after the aftermath that has been called into question when, it appears, senior police officers sought to change the record of events. Disgraceful lies were told, sometimes in the form of Chinese whispers, which blamed the victims themselves, the Liverpool fans, for the disaster. The report confirmed suspicions that South Yorkshire Police had tried to blame supporters by instructing police officers to change or amend their statements relating to events on that terrible day.
The head of the inquiry, Lord Justice Taylor said the 'great majority of supporters were not drunk or even the worse for drink' and that 'some officers, seeking to rationalise their loss of control, overestimated the drunkenness in the crowd'. The fact is that there were 766 injured and 96 dead and most of the fatalities were aged thirty years old or as young as ten years old. For over 23 years grieving families and survivors have waited, fought, been vilified and isolated. At the time they were blamed by newspapers such as ‘The Sun’ for being at fault. Headlines accused them for being a druken mob who acted as pick-pockets on the dead and for urinating on the police. 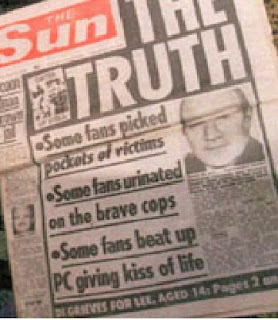 The report finally categorically states that this is not 'the truth'. The editor of the Sun newspaper, at the time, Kelvin MacKenzie, has publicly apologised for printing the lies he was fed 'I too was totally misled. Twenty three ago I was handed a piece of copy from a reputable news agency in Sheffield in which a senior police officer and a senior local MP were making serious allegations against fans in the Hillsborough stadium. I had absolutely no reason to believe that these authority figures would lie and deceive over such a disaster.' 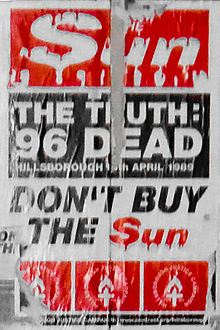 Here is the chart for the day of the disaster:

The moon was in Leo - as it was on the day the Report was released. The Moon symbolises  ‘the folk, the people’ and on the day of the disaster it was placed in the 12th house  which corresponds to secrets, institutions, and behind the scenes hidden activity, as well as the enemy you can’t see. It was also conjunct the Fixed Star Alphard, connected to lack of control, unethical behaviors, and violence. 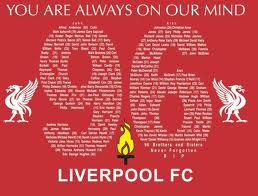 Margaret Aspinall, who lost her 18 year old son James is chairwoman of the Hillsborough Families Support Group.
She said today the 96 victims of the Hillsborough disaster can finally rest in peace now the healing can begin. The truth has just come out, next will come the justice. The consequences for the British establishment at all levels has only just started. More heads will roll and the demands for names to be named and shamed grows ever louder.
Here is the chart for the revelation of the details of the Independent Report:

The Leo Moon is in the 9th house of justice, ethics, moral and higher truths. During the day it will form an aspect called the ‘finger of fate’, a Yod, with Pluto in Capricorn and Chiron in Pisces. Pluto 'The Transformer' in Capricorn, the sign of structure, tradition, and the establishment, forms an aspect to Chiron in Pisces. Deep deep wounds can now begin the process of healing. This Pluto is currently being jolted by Uranus 'The Awakener', this is literally a wake up call to the Establishment. 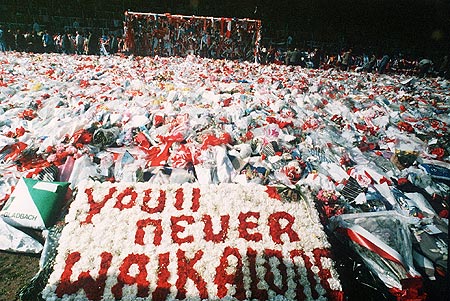 The South Node in Taurus Axis of Power & Possessions - Scorpio/Taurus is conjunct, holding hands with, the Fixed Star Alcyone. Alcycone is sorrow, widows, facing injustice, accidents, violence and weeping, whilst the South Node is stuff from the past. The City of Liverpool had two minutes silence in memory of victims and their families. Today has dredged up dark and deep wounds from the past and re-opened many. Mars is in Scorpio (Mars in Scorpio - What Lies Beneath) Pluto was in Scorpio on the day of the disaster. 'It was a really dank, kinda dark little tunnel, hardly any light at all and we were midway down that tunnel when a 'wave' just hit. We actually got lifted to a point where it was faster than you could run really. It just swooped us in.' (Neil Fitzmaurice from Hillsborough The Documentary)
The hope is that hard lessons can be learnt and healing and justice can now progress.
Hillsborough Disclosed Material & Report
credits: the guardian & liverpool echo & metro & BBC news
posted by pippa ponton & jphibbs

Posted by astrology wheel at 20:10