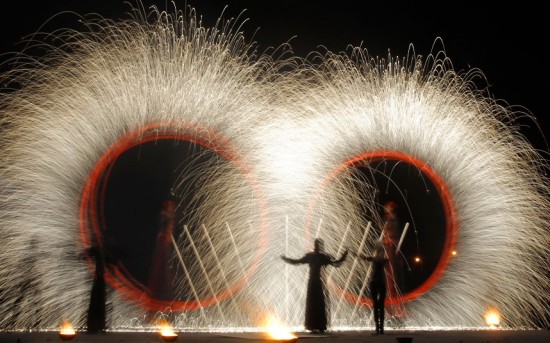 The second of the seven squares between the two planets Uranus and Pluto follows on from the sparking up of the New Moon in Virgo (Glimmers Of Perfect Light - New Moon in Virgo) on 16th September 2012. On 19th September 2012, these two behemoths giants come in close enough again to smell one others heated breath - and the odour is getting to be like brimstone.
The last time they met this way was in June 24th 2012, (Uranus vs Pluto) marked immediately by a certain global event, the election of the Egyptian President Mohamed Morsi. Again, in the days building up to the 2nd exact square between Uranus and Pluto there has been an acceleration in the violent disturbances in Egypt, Nigeria, Tunisia, India, Pakistan, Afghanistan and many other countries such as the Sudan, Malaysia and Singapore. Violence has centred particularly on US embassies but embassies belonging to Germany and the United Kingdom have also come under attack or been overrun and defaced. Preceding this sadly, on the 12th September the U.S ambassador to Libya, Christopher Stevens, was killed along with three other US staff, at their consulate in Libyan city of Benghazi. 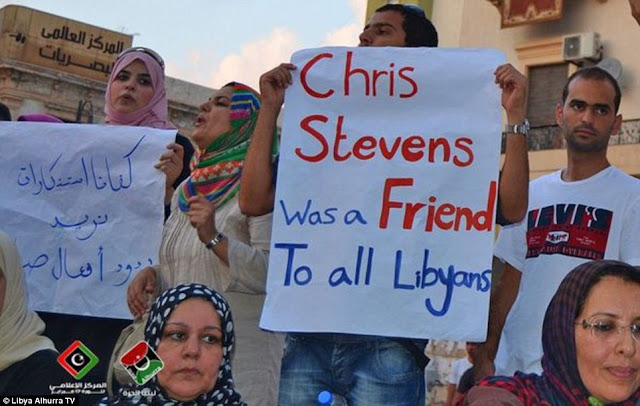 The mob violence and unrest that suddenly blew up causing these murders was more than shocking (Uranus the Awakener) and suddenly very disturbing to many people who were also grieving in remembrance of the victims of 9/11 on its 11th anniversary. Perhaps in the Middle East and when viewed through the eyes of radical Muslim propaganda it is not surprising at all, as that date means something very different to these factions. The ‘cause’ of the unrest and upset was a July 2012 trailer for a film uploaded to YouTube called 'The Innocence of Muslims' purported to be made in California. This film, ridiculing the Prophet Muhammed, has been available for months but more importantly only recently dubbed into Arabic. The Egyptian President Morsi went on record condemning the resulting violence but also condemning the content of the video. The new rebels (Uranus-Aries) the Muslim Brotherhood are becoming the new establishment (Pluto-Capricorn). The older establishments and old ways of being will not to step aside or go down without a fight. There are going to be inevitable, ongoing ideologies conflicts, territorial battles and personal boundary violations. 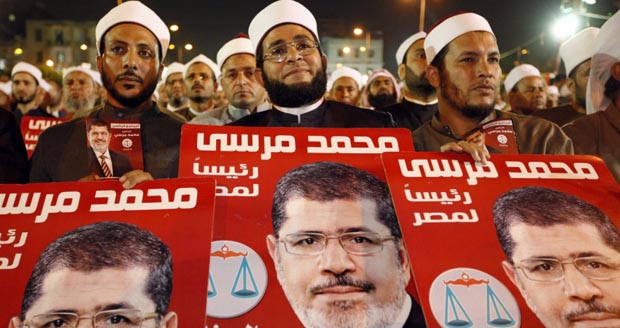 The Middle East has long been considered a tinderbox with religious, territorial and socio-political complexities rubbing shoulders and creating sparks with some sparks leading to outright blazing fires. Just before the Benghazi murders there were Tunisian extremists smashing a bar serving alcohol. Militants were killed on the Gaza Strip. Iraq saw further random bombings and deaths while the vice president was sentenced to death for murder. The Yemen defence minister was nearly assassinated and Syria's latest fighting saw hundreds more people, mostly civilians, killed by their own forces on the 14th September 2012.
Into this volatile climate comes yet another player representing the old guard. Pope Benedict the head of the Catholic Church began a three day visit to the Lebanon on the 14th September 2012 and no doubt will be stirring up old and new passions by simply being there. Speaking about the region he remarked 'Sometimes it seems about to snap like a bow which is overstretched or submitted to pressures which are too often partisan. This is where real moderation and great wisdom are tested... 'I know that the more complicated a situation becomes, the more necessary it is to send this signal of fraternity, encouragement and solidarity.' The Pope prayed in front of 350,000 people wearing the Cedars of Lebanon emblem, the hope he expressed is for more people wanting to 'import ideas of peace...instead of importing arms'. 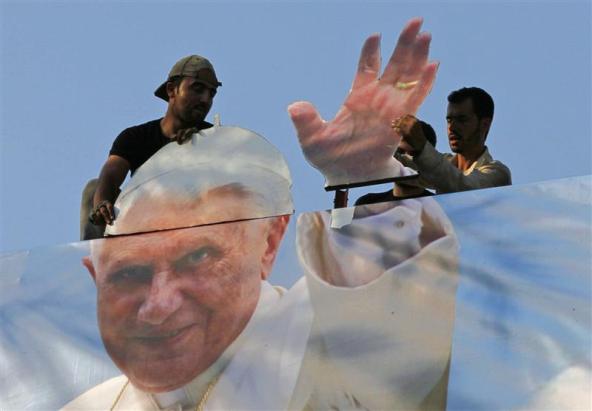 Astrology looks to celestial signs and threads which can often lead to potential hot spots while global political climates heat up and create this synchronicity. This 2nd Uranus Pluto square of clashing energy has every indication of having an 'overstretched bow' potential. Ideally what is required to deal with it are cool heads, calming words, clear actions, as well as open minds and hearts. In reality the Middle East is raging and now many other countries have joined in with their own brand of violent reaction. Astrology can also help identify newer voices that have to be heard through the clatter and mayhem to lead us through these current tensions and take us forwards towards a more peaceful world. 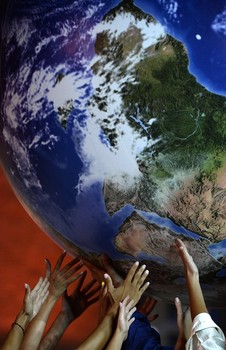 The Uranus/Pluto 2nd square's arrival has plenty of potentially politically sensitive pressure cooker material banking up unresolved and frustrated these clashing energies will be reflected and mirrored in events all over the globe. Pluto in Capricorn can be seen to represent the 'old order' the Establishment, tradition and what is already embedded, whilst Uranus in Aries is the usurper, the young pretender, the breakthrough flash of inspiration and revolution.
A brief review of a few existing and brewing sensitive zones reveals the hot spots to date, some listed are just a few examples of the expression of Uranus-Pluto, some with planets on the sensitive 5-8 degree Cardinal:(Sky Summit Of Cardinals)


-Afghanistan with its Jupiter 8 deg Capricorn Rx, an ongoing hot spot and lightning rod for violence has begun its demonstrations over the 'incendiary film' in Kabul on the 17th September 2012. President Hamid Karzai with his Mercury 5 Deg Capricorn Rx has called for 'efforts to prevent the releasing of this insulting film' but not for cessation of the violent reactions to it. The Taliban has it's Jupiter at 8 deg of Capricorn and South Node 8 deg Aries, North Node 8 deg Libra.

-Argentina President Christina Fernandez de Kirchner with her Mars at 8 deg Aries and this year marking the 30th anniversary of the Falklands War. President de Kirchner is making threats and claims over the islands.

-Palestine with its Neptune 8 deg Capricorn

-Canada with its Sun and Uranus at 8 deg Cancer

-Denmark with its Jupiter 5 deg Aries


-The British Establishment rocked to the core with the Hillsborough Report highlighting a shameful cover-up at the heart of social structures. The public losing trust again with powers of authority and the misuse of power invested in them when 96 Liverpool football fans died at the Hillsborough Football Grounds in Sheffield.(96 Echoes From The Past - Hillsborough)
The British Royal family took legal action against French Closer magazine for gross invasion of privacy and won an injunction with the magazine told to hand over the original photos to the couples lawyers. Again the two sides play out vividly, the heavyweight of the British Royals issuing this statement, 'The incident is reminiscent of the worst excesses of the press and paparazzi during the life of Diana, Princess of Wales, and all the more upsetting to The Duke and Duchess for being so...' The magazine has obviously already made a lot of money from the photos and its website has been continually crashing from the demand for them. However, the couples lawyers have also asked criminal prosecutors to consider charging the photographer.
-South Africa dealing violently with Lonmin miners at the Marikana massacre. Police opened fire on striking miners killing 36, 4 others, 2 officers and injuring 78 people.

-Ongoing pressures of the Middle East coalescing around September 11th 2012 in violent, hysterical anti-American feeling and a real testing ground for freedom of speech. Meanwhile the more chronic and insidious systematic genocide of Syria goes on. The fighting between Sunni and Shi'ite Muslims and Alawite, a Shi'ite minority sect represented by President Bashar al-Assad who has filled the upper ranks of his military with this sect and also the feared shabiha militia. 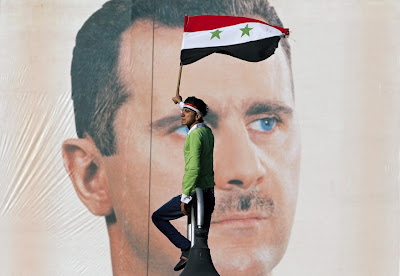 27.000 people have killed in Syria in an 18 month period. Yet more fuel to the flames comes in the form of an Alawite sect in Turkey siding with Bashar al-Assad, as refugees running from the carnage spill out into the surrounding countries.

-the U.S presidential election contest that had previously been focused on the US economy has been abruptly pushed into foreign policy issues, the nuclear threat from Iran, Israel's reactions in the tinder-box atmosphere of ongoing violence towards America in the Middle East and beyond.(The Axis of Power & Possessions Scorpio/Taurus). The U.S 'old guard' up against the new New Deal. Obama speaking at the Democratic Convention said that voters were facing two choices, 'On every issue, the choice you face won't be just between two candidates or two parties. It will be a choice between two different paths for America. A choice between two fundamentally different visions for the future.' 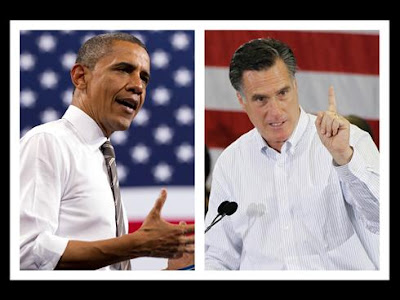 -the Eurozone crisis becoming more destabilised with Germany being seen as imperialistic and controlling. The disengaged electorate of countries suddenly thrown into rickety economies opting out of austerity measures and flailing around bond markets and economic technocrats.

-The South China Sea contest over the sovereignty of islands between China, South Korea and Japan is really heating up with demonstrators taking to the streets in dozens of cities across China. China has it's Sun 7 deg Libra, South Korea has it's Venus at 7 deg Cancer. 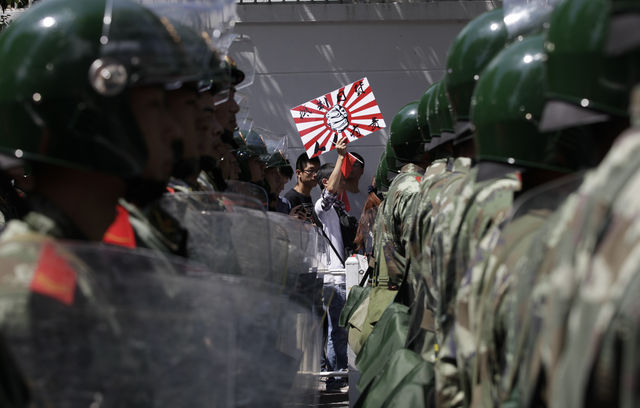 -Turkey with it's Mars 7 deg Aries has held meeting with the USA in the last month on plans to depose the Syrian government, it has its longest border with Syria and also serves as headquarters for the leaders of the Free Syria Army rebels and is host to about 80.000 refugees from Syria in official camps but countless others scattered along the border. 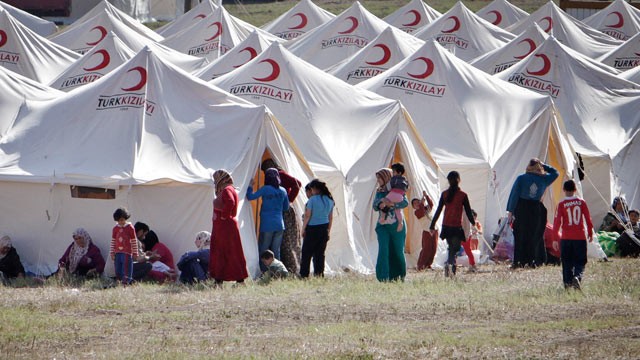 With Jupiter currently in Gemini the growth and power of social media will continue to  dramatically impact world events, maybe even fanning the winds of the building dissent powered on by the Uranus V Pluto square, the V appears to literally stand for Vendetta, the Occupy Wall Street movement and other protest groups using the films mask as their symbol. New York, has it's Mars at 8 deg Aries and more than 100 people were arrested on Occupy 1st anniversary protest on the 17th September 2012. 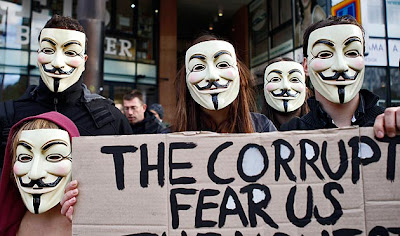 On a personal level tensions and deep complexes may well be sparked and re-ignited as well. Those of us getting into a more positive and an optimistic frame of mind in spite of all of the tensions above could see this as all gears of change and a cathartic release which clears the path ahead. Even with that way of thinking we have to accept that the path may be strewn with obstacles, setbacks, frustrations and struggles we are dealing with the 2nd square of seven.
We may well be living in a inner and outer world trying to establish some sort of new order and scheme of things and it is hard to be stoic when so much can appear to be out of our control. We continue to struggle to make some sort of sense of it all and to ultimately find meaning after all we seem to be hard-wired to adapt and evolve. We know that we are going to be dealing with profound changes ahead of us, Uranus in Aries wants nothing less and Pluto in Capricorn struggles has its own vision of change. We will probably be moving from one stance to another ourselves,like shifting from one foot to the other, reassessing and reevaluating just what we need to change or and what we need to secure.