When Astrology and Science Collide and  Uranus Provides the Spark 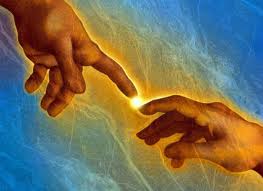 This week in the midst of  tumultuous astrology Venus Direct, Uranus Pluto square to name but two, there has also been a landmark announcement from the scientific community. It is at the point of revealing the existence of the much dubbed ‘God Particle’ or ‘Goddam Particle’ by Leon Lederman. 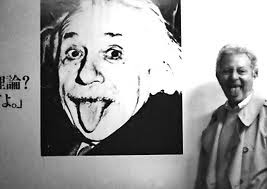 This concept was first postulated by Professor Higgs born on 29th May 1929 Newcastle upon Tyne, UK. (no time) One of the most immediate things to note in his chart was that apart from Mercury starting its Retrogarde motion in Gemini (he missed ‘normal’ school and was home schooled by his mother) there was Uranus sitting at 10 degrees of Aries. At the time of writing this particular degree of vibration is headline news all by itself. It is being caught up in the Uranus Pluto square at 8 degrees Cardinal. Uranus is at 8 degree Aries colliding with Professor Higgs natal chart. 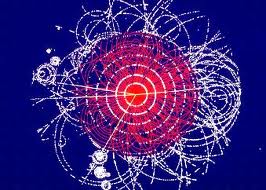 Astrologers taking note of the big patterns are well versed in the astrology concerned with our cheerfully labelled ‘Midlife Crisis’ -  the Uranus to Uranus opposition is just one part of that pattern. Uranus does its complete round of the zodiac in 84 years. It takes its time in contrast with the Sun taking one year and Jupiter taking 12 years. Saturn takes 29 years when it comes back to the exact place it occupied in a persons birth chart this is called a Saturn Return. This first Saturn Return signals a time of maturing, a spurt of development which will involve struggles and adjustments. Due to Uranus taking a longer time, usually at its opposition, when we are about 42 years of age, is when it first registers. Ping! 1st hit on Peter Higg's chart.
The full Uranus Return for all of us occurs when we are 84. With more and more of us living longer, the greater will be our awareness of  the effects of this Uranus Return, what it means and how it is experienced. One such example is Prof. Peter Higgs, who is alive and thankfully kicking, as is his work on 'the God Particle' it appears. He is 83 years of age this year and Uranus hits his chart at 10 degrees next year, when he is exactly 84 years of age. 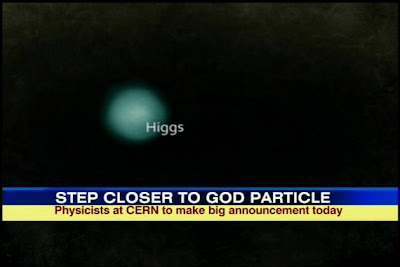 Astrologers work with both very slight movements as well as the large sweeps and by exactitude Uranus will not ‘hit’ 10 degree Aries until April 2013, due to its Retrograde which starts this month on 14th July 2012. Literally it gets close by only ‘appearing’ to move backwards, comes into view again, then COLLIDES.
The Higgs Boson made another huge entry onto the world stage at the opening ceremony for the 2012 London Paralympics. (Super Humans Show Of Strength) 'Seeing such a discovery makes it into festivities like the opening of the Paralympics shows that science might get back more into society' Prof Rolf Heuer, Cern.
The Large Hadron Collider at Cern is the largest, most complex machine in the world, and possibly the universe … The recent discovery of what looks like the Higgs particle is a triumph of human endeavour and international collaboration. It will change our perception of the world. Stephen Hawkings (narrator for the Paralympic Opening Ceremony)
posted by pippa ponton & jphibbs
credits nasa & wikipedia
Posted by astrology wheel at 13:54

Email ThisBlogThis!Share to TwitterShare to FacebookShare to Pinterest
Labels: uranus