Once Upon a Time in Mexico...
Last week two heavyweights entered the public ring establishing their positions, squaring off against each other, toe to toe and eye to eye. They are building tension, surrounded by swirling storms, fouled up communications and inflated hype. There is a match involving Uranus and Pluto in a ‘hard aspect’ to each other. Am I talking about the square aspect which formed exactitude on 29th june 2012? Well no.. Not exactly...because I find myself involved in Mexico's electoral squaring off... 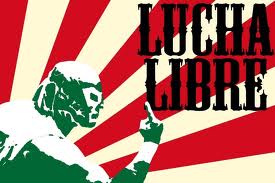 I am talking about the Mexican elections for President with Mexico's 'old giant' the PRI party claiming victory after 12 years of absence from the political arena and a history of ruling by patronage and corrupt methods.

There were actually 3 major candidates but in reality it all appeared to come down to the two men: Andreas Manuel Lopez Obrador and Enrique Pena Nieto.
Mexico's opportunity of having it's first female President with Josefina Vaquez Mota appears to have been totally undermined despite the fact that she targeted the female vote by calling them 'warriors'
Pena Nieto is the suave, smooth younger face representing the old guard with his party the PRI, who have ruled Mexico for 7 decades until 2000. The dust has not settled after the Presidential elections on 1st July 2012, as a formal requested for a recount has been filed after allegations made by the ‘leftist’ Obrador of vote-buying by the Nieto and the PRI. 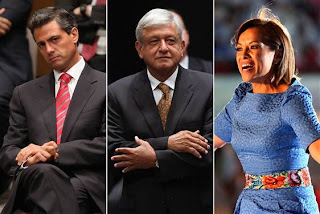 One of the many interesting astrologically features here is that the election occurred under the auspices of the Uranus vs Pluto sqaure. This square is the first major ‘hard’ aspect between these two since their ‘seed’ conjuction which occurred in 1966. Now, funnily enough this was the date when one of these two candidates was born. The winning candidate Pena Nieto entered the world on the 20th July 1966, with the inception of this hard aspect (note to self: England won World Cup) 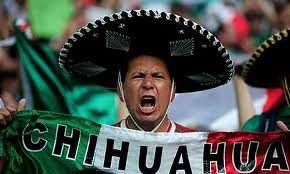 Astrologers have seen the Uranus in Aries component of the Uranus vs Pluto ‘fight’ as the fresh faced energetic upstart ready to overthrow the rule of law and threaten the old ruler. Whilst the Pluto in Capricorn corner can be seen to represents the old guard and the ruling controlling authorities. In this instance, the Mexican elections, it would appear that the ‘Pluto Capricorn old guard corner’ (entered the ring disguised as young, thrusting Pena Nieto) has won, leaving the Uranus Aries usurper, rebellious corner (entered the ring disguised as older, responsible Lopez Obrador) defeated. 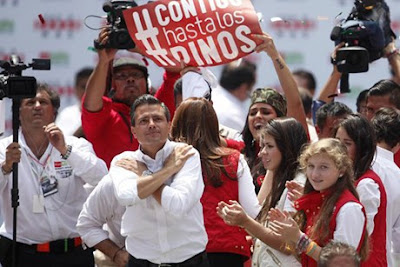 On the day when Pluto/Uranus current square became exact the results of the elections in Egypt was announced. On that occasion the new president Mohammed Mursi was seen to represent the younger Uranus in Aries end of the tug of war had won and Plutonian Capricorn old regime had lost.
Put the two events together and it is one a-piece, a draw - Uranus 1 - Pluto 1.. but… the game is not over. This contests are big enough but what is this we are touching on...ah only a leg of what appears to be a much larger animal.
We are still too close to understand the wider perspective yet because we all may be in the middle of history happening.
After all Mexico is in the middle of the allegation scandal and Mursi of Egypt has only just been sworn in. Both Mexico and Egypt are regions whose political landscape is fragile and what happens in these countries will have ramifications globally.
Clearly there is much more of this road to travel and that is undoubtedly an understatement.
Mars has also just moved into the Cardinal arena currently occupied by Uranus, Pluto, Sun and Saturn. 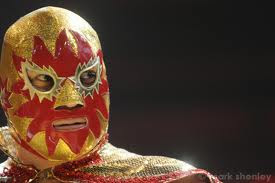 When the Sun passed through the eye of the Cardinal storm the USA in particular suffered loss and devastation through things it could not control, namely massive electrical storms that devastated the eastern seaboard.
The next big trigger point could come from Mars. Never a planet to just let things lie, it moves into this sensitive zone on the 17th July 2012 squaring Pluto then on  19th July 2012 opposing Uranus. This is the date of the Indian Presidential Elections.

These storm clouds and underground rumblings, head to head confrontations and power battles need to be placed in context. The astrological players in the game are in for the long haul. This is no passing phase and there is no quick fix.
While on some level the intensity and overtness of action between the planets may quieten and we may divert our attentions elsewhere, this does not lessen their impact, nor should it. 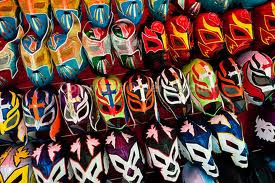 Around the world there are always actions taking place, choices made and decisions being taken. These decisions are frequently in the hands of a few but affect the many. Lest we forget it could also be the other way around.
November 2012 sees the Presidential Elections in the USA.
The current square between Uranus and Pluto is not the only square this year, the next one takes place in September 2012. Parlimentary elections take place then in the Netherlands and in Belarus.

Historically random actions and activities going on somewhere in the world  can have ramifications that ripple through the world matrix causing shudders somewhere else. The Butterfly Effect illustrates this, a small change in one place can cause major change to a larger state.
Sparks and cinders fling in the wind and are no respecters of boundaries. This was evidenced by a volcano in Iceland suddenly affecting the air traffic of many other countries because of changes in the wind direction.
Tsunamis brutally crashing through our constructed barriers of geography and culture.
Good intentions, heroic efforts and countless acts of courage and self-sacrifice occur all over the world all the time. Firefighters, nurses, human-right's activists, eco-warriors, civil-rights protestors and also unsung heroes with their acts of human kindness overflowing.


All these events spans space and time, interlocking and unfolding and us….we are both spectators and the spectated..the observers and the observed…lets see what happens.


posted by pippa ponton & jphibbs
Posted by astrology wheel at 12:38

Email ThisBlogThis!Share to TwitterShare to FacebookShare to Pinterest
Labels: mars