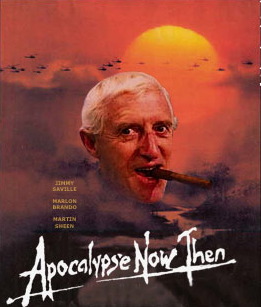 The man is TV personality and Disc Jockey, Sir Jimmy Savile. The crime that he is accused of is child sexual abuse towards young girls that went on throughout his career. British television has just produced an expose of a very well known public figure. He was awarded an O.B.E. and is responsible for raising millions of pounds for various charities. Over 30 years he was on British TV screens, ‘the face’ of a popular children’s programme called ‘Jim’ll Fix It’ on the BBC, which made children's dreams come true. He also presented the teenage music show also on the BBC's ‘Top Of The Pops’. In Britain he was instantly recognizable with his trade mark bleached long blonde hair. Even well into his eighties, he wore shell-suits and bling jewellery. He was always on our TV screens, his Cuban cigars permanently sticking out of the corner of his mouth and waved in his hands, the classic Freudian phallic symbol. Everyone would quote his catchphrases 'now then, now then, now then' and 'how's about that boys and girls followed by imitating his odd yodels of excitement. 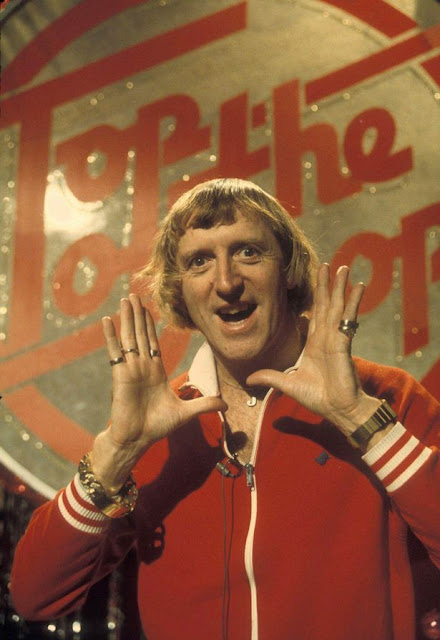 Jimmy died only last year, a couple of days before his 84th birthday and is clearly unable to defend these allegations. Those women who were his victims also felt that they could not defend their accusations against the towering media personality and well known philanthropist who had become a pillar of the establishment. Accusations of rape and sexual abuse inherently reference the power dynamic and imbalance. It is neither simple nor easy for a victim of abuse to voice the truth let alone a very young girl in the 1970’s against the likes of Sir Jimmy Savile who presumably would 'Fix-It' with all his connections.
ITV has broadcast ‘Exposure The Other Side Of Jimmy’ on 3rd October 2012. The media ha been suddenly awash with expectant revelations as to exactly what the film will reveal and why so much has been suppressed for so long. He is said to have used the teenage TV music programme, Top Of The Pops his 'happy hunting ground'. Savile apparently also used the threat of funding being lost for charities such as the Stoke Mandeville Hospital, to gag newspapers that tried to exposed his abusive activities earlier. 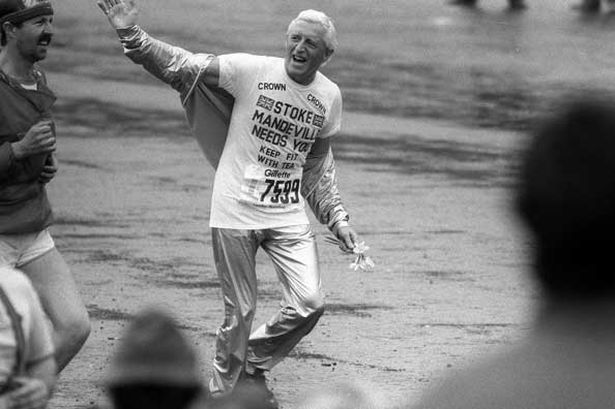 Fellow broadcaster Paul Gambaccini said he has been 'waiting 30 years' for the stories to come to light. Esther Rantzen, who was a BBC presenter in the 1970’s and founder of 'ChildLine' a help line counselling service for children who, said 'we blocked our ears to the gossip'. Well there is blocking your ears and then there is out and out obstructing justice which apparently is intimated in the expose. Organisations such as the BBC are said to come under the spotlight for withholding and suppressing information about the allegations. The CPS (Crown Prosecution Service) also investigated a police allegation about Jimmy and Duncroft Approved School for Girls in Staines, UK but dismissed it as ‘not enough evidence’. Savile was a patron of the school and would often visit, apparently selecting girls and abusing them in his white Rolls Royce during a drive out of the grounds treat. Any evidence was clearly hidden so the question will be 'Cover-up or truth?
The jury was out on that one but as Esther Rantzen has said 'I feel that we in television, in his world, in some way, colluded with him as a child abuser – because I now believe that’s what he was. The jury isn’t out any more. What upsets me is that not one of these children could ask for help'...and expect to get any.' The abuse of power was as great as the sexual abuse.' 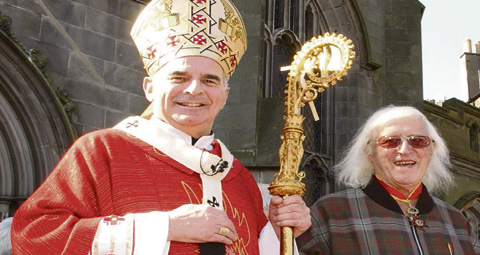 The signs all point to institutional and systemic sexual abuse and power issues. 30 years ago issues of sex, power, institutions, personality, charisma, suppression and compulsions. This all sounds like Saturn in Scorpio country.
In the summer of 1925 when Saturn was in Scorpio, The Lancet, revered medical journal, published an article about SDI’s in children's home, stating 'girls between 6 and 10 living in an exceptionally well-administered home, were notified as suffering from gonorrheal vulvo-vaginitis’ the source of which was deemed to be poor personal hygiene and ‘infection by towels’ even though they knew scientifically that gonorrhea is transmitted by sexual contact in adults. The Home Office Departmental Committee on Sexual Offences Against Your Persons (1924-5) stated recommendations to point towards this fact but were judged as too child centered and radical and thus summarily dismissed by the voice of authority. Attitudes were fixed and stuck and at its worst, Scorpio is a fixed and stuck sign. There was also a pervasive belief that a man with veneral disease (VD) could clean and cure himself by having sex with a minor or virgin. (Carol Smart Cambridge press 2000). Yes, no matter how many times that sentence is re-read it does not make any sense but the chilling fact is that attitude was not that very long ago. 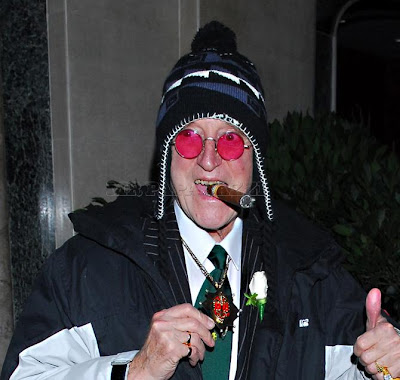 Saturn is once again coming round to enter the sign of the Scorpion a few days after the ITV’s broadcast. The man accused, Sir Jimmy Savile was himself born with Saturn in Scorpio. With Saturn, God of Karma, what goes around will inevitably come around and some form of retribution is predictably assured.
Here is his chart: 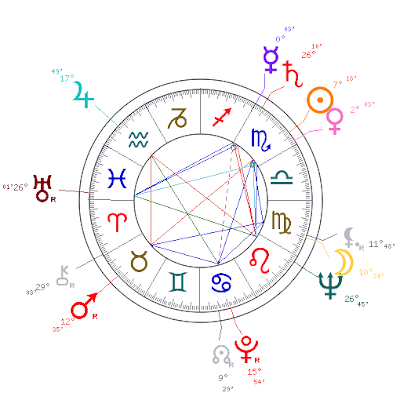 A standout configuration is his Sun conjunct Venus in Scorpio opposite Retrograde Mars in Taurus. This Mars is squared by Jupiter in Aquarius showing his identity is mixed in with philanthropy and Jim’ll fix-it-ness, his marathon running, charitable campaigning, enduring trade-mark face, celebrity status and tireless energy, but it also holds the key to a darker story. There is an over arching narcissim with the Sun Venus tied to predatory Venus/ Mars with in opposition and Jupiter amplifying the self belief and untouchable nature. 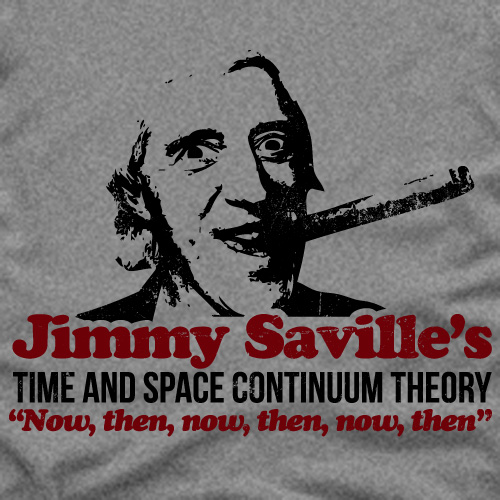 Let's be clear here, this or any astrological signature does not incline a person to sexual abuse but it does reveal a persons inclinations, motivations and modus oparandi which can be channeled in a multitude of directions. The topic and debate concerning rape and sexual abuse continues to be complicated, highly emotive and complex. (Medusa's Talking Heads - Astrology & Rape).
Paul Gann who used the stage name, Gary Glitter was also a big pop star in the 1970’s but who was sent to jail for downloading child pornography and for the rape of minors. At the time, Sir Jimmy defended Glitter, saying that all he did was look at ‘dodgy photos’.
The asteroid Medusa, in Gary’s chart is at 1 degree Leo and in Jimmy Savile's chart is at  1 degree Aquarius. 1 degree Aquarius happens to sit on top of the fixed star Altair which  brings with it confidence, boldness and sudden wealth. Jimmy Saville's Medusa did indeed bring great gifts into his life but the price of looking right at Medusa's face, the frozen despair was unfortunately paid by others. The fixed star Algol is at 25 degrees Taurus opposing Jimmy Savile's Saturn. (Darkstar Astrology has come up with some key words for Algol which include, warped mind, exaggerated demeanour, potency versus impotence, a creation that becomes destructive to its maker, perversion, abnormal sex drive, unusual hair, spine tingling and playing God - Fixed Star Algol)
(Abella Arthur discusses the fixed star Algol which is part of the Medusa myth which she links with heterosexual male sexual activity - virgo vault)
Jessica Adams discusses the Astrology of the BBC here
So Saturn in Scorpio will step into the celestial ring on the 6th October 2012. Saturn is King of Karma and this Saturn is in Scorpio will mean that it is now time to pay the piper, the ferryman and anyone else that's due.

Email ThisBlogThis!Share to TwitterShare to FacebookShare to Pinterest
Labels: Scorpio